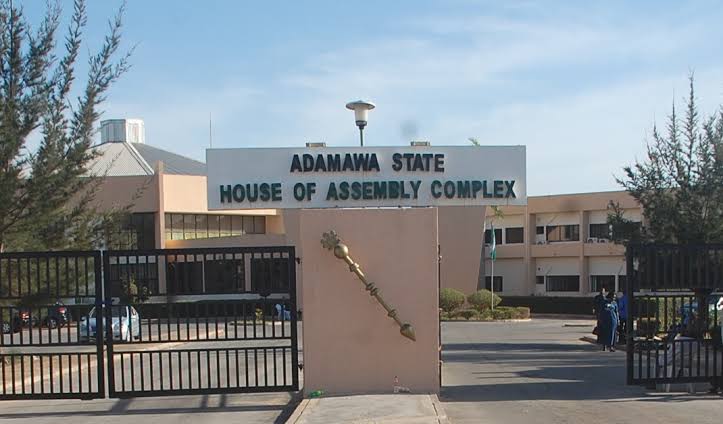 For Defecting from the Peoples’ Democratic Party (PDP) to the All Progressives Congress (APC), a member of the Adamawa State House of Assembly, Ayuba Joseph Kwada, has been removed.

The Assembly effected the removal of Ayuba at its sitting on Wednesday, declaring his seat vacant by relying on Section 109(1g) of the Constitution.

Ayuba had last weekend announced his defection from the PDP, saying he had been sidelined and he needed to join the APC where he expected to be better treated.

Talks that the House of Assembly was planning to declare his seat vacant became rife by the morning of Tuesday and newsmen thronged the sitting to witness the event.

The House however did nothing about Ayuba’s removal, possibly because pro-Ayuba youths had besieged the entrance of the Assembly Complex protesting against the speculated anti-Ayuba plot.

Wednesday’s sitting of the House was however different, as after treating a couple of items on the agenda of the day, the Deputy Speaker of the House, Hon Pwamakweno Mackondo, raised the matter of Ayuba’s defection, saying that by leaving the party which sponsored his election, constitutionally, Ayuba had ceased to merit his seat.

The Speaker, Rt Hon Aminu Iya Abbas, put the matter to voice vote, which was supported by the members at the seating.

The seating was however poorly attended.The 25-member Assembly had only 13 in attendance: 12 PDP members and one APC member.

House Majority Leader, Hon Japhet Kefas later addressed newsmen on the development against a precedent that an APC member, Musa Bororo was not removed last year when he defected from APC to PDP.

Kefas said there was a crisis In APC when Bororo defected, and so the House had no reason at that time to move against Bororo.