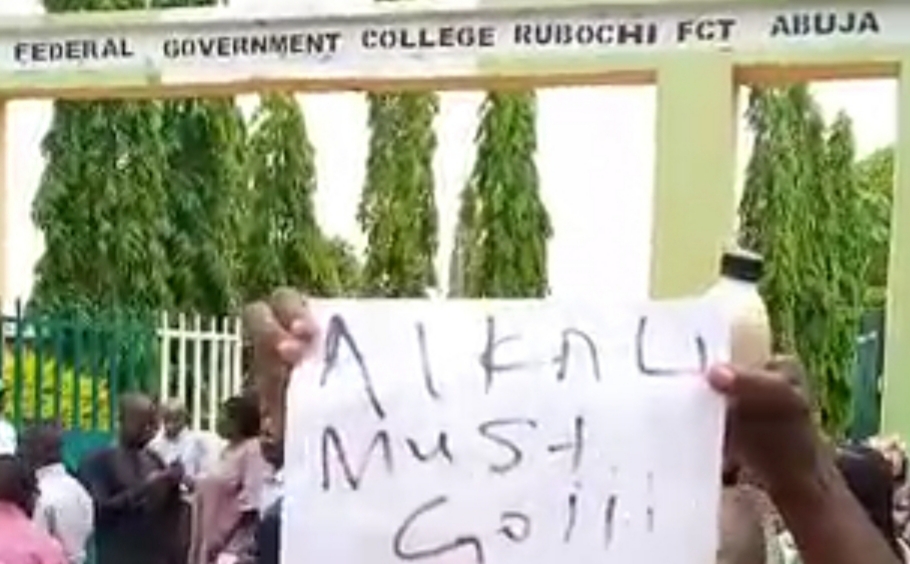 By John Michael Ojo
Pupils of Federal Government College Rubochi, in the Kuje Area Council of the Federal Capital of Territory on Monday embarked on a protest to demand an immediate removal of the school’s principal, Mr Alkali Awu over mismanagement.

The pupils who were seen bearing placards with inscriptions such as “Alkali Must Go”, lamented that the school environment was no longer conducive for learning.

In a video which was obtained by New Times, an adult could be heard asking the pupils what was going on and why the protest. 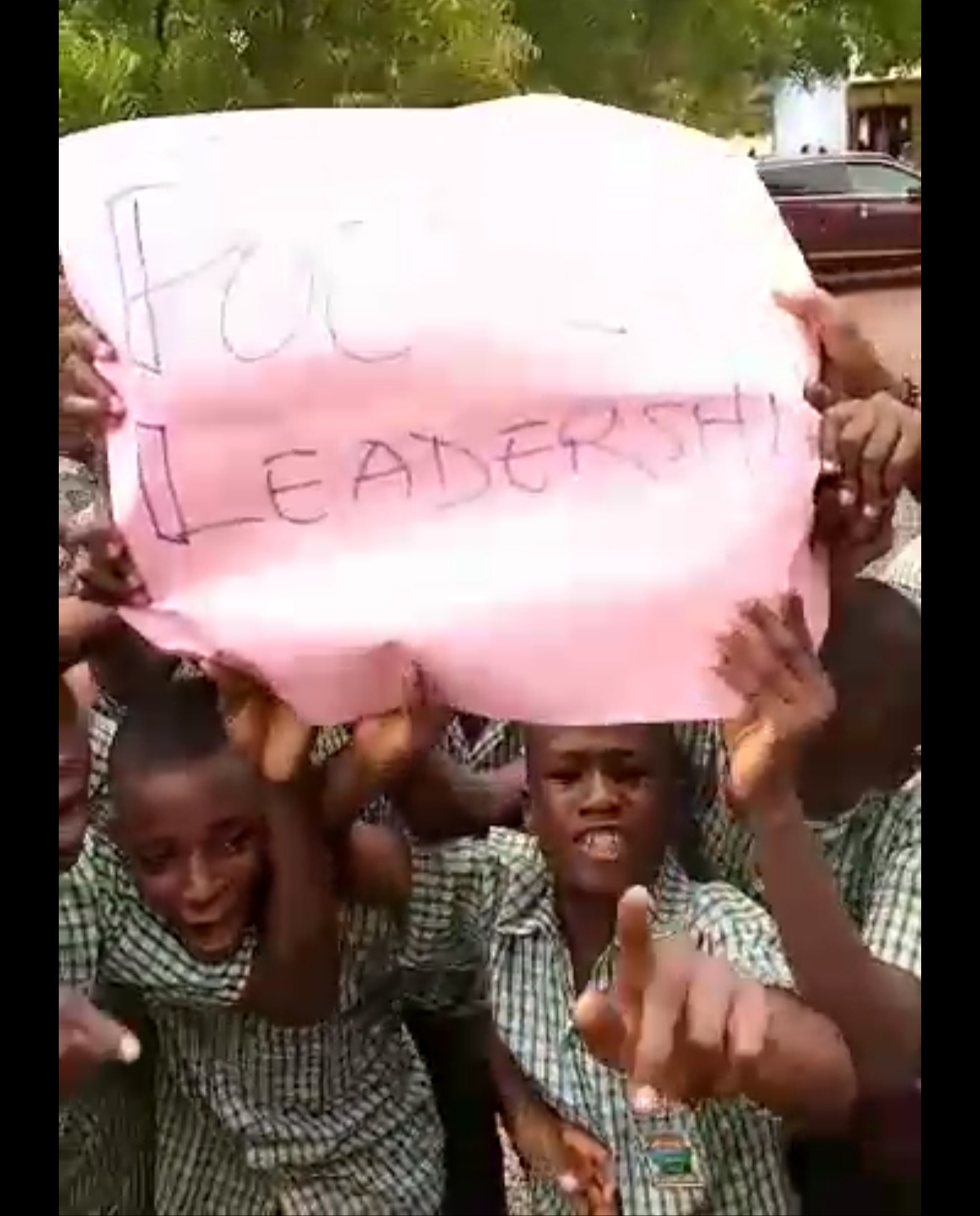 Responding, one of the pupils who spoke said they had no water, electricity and that they were being underfed.

He said: “This is FGC Rubochi students and we are not happy.”

He then called on one of the pupils and asked “what’s your name?” And the latter answered.
He then proceeded and asked the pupil what he could say about the school.

The pupil simply answered that “there’s no light, no water and no food. We don’t use to eat well and it’s not good.” 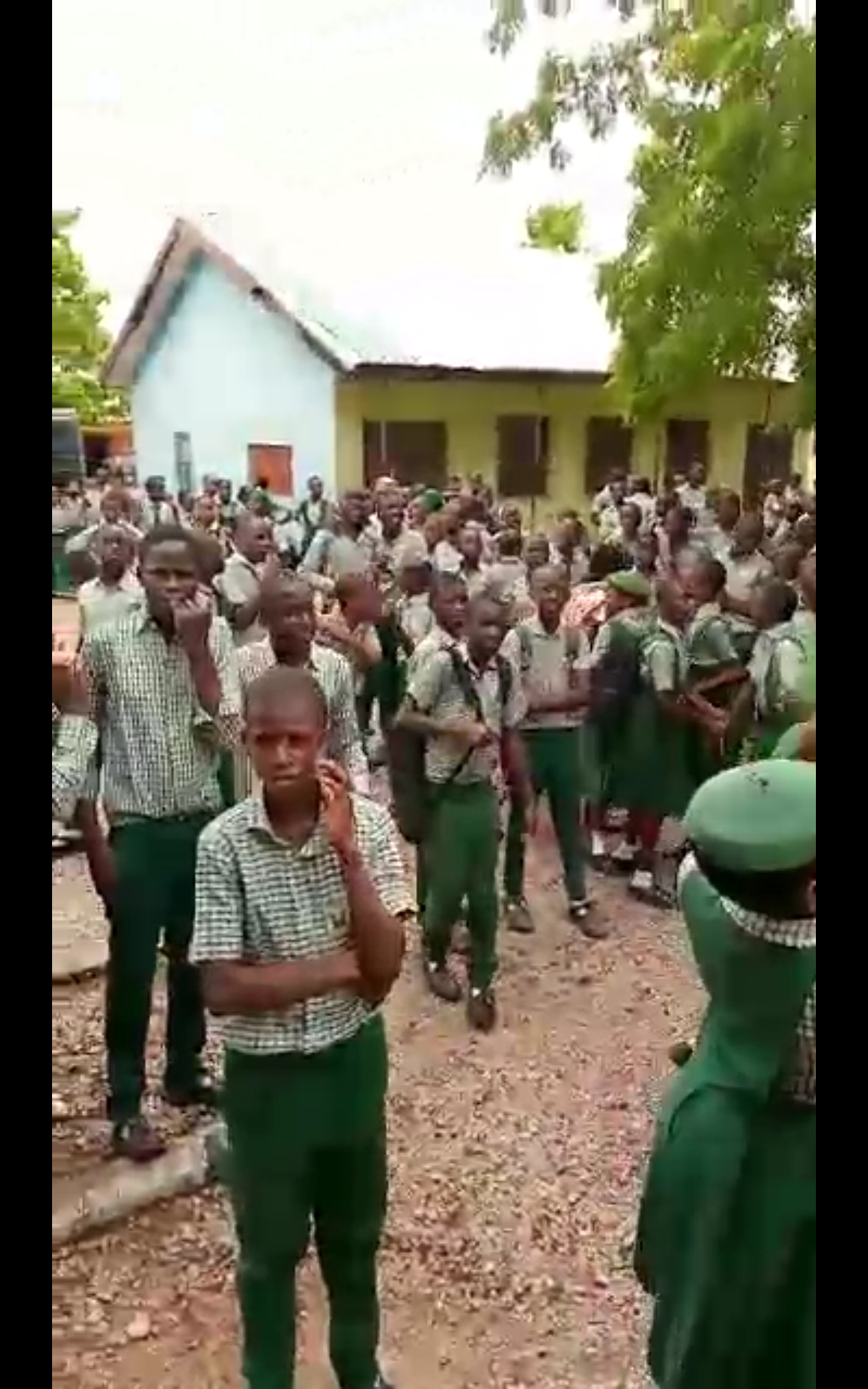 Also, teachers in the school seemed to have toed the line of the pupils as they were seen in their numbers singing and demanding the removal of the principal.

Some of them had drums while others sang solidarity songs.

But while responding to our correspondent, the principal said his students’ action against him was fuelled by external forces and that his pupils dearly love him.

“Everything is under control, it was just an inciting incident, my students love me.

“We are trying to find out the perpetrator of that incitement, by the grace of God everything in the school is working normally right now.

“I just want to assure you that my students are ok”, Awu maintained. 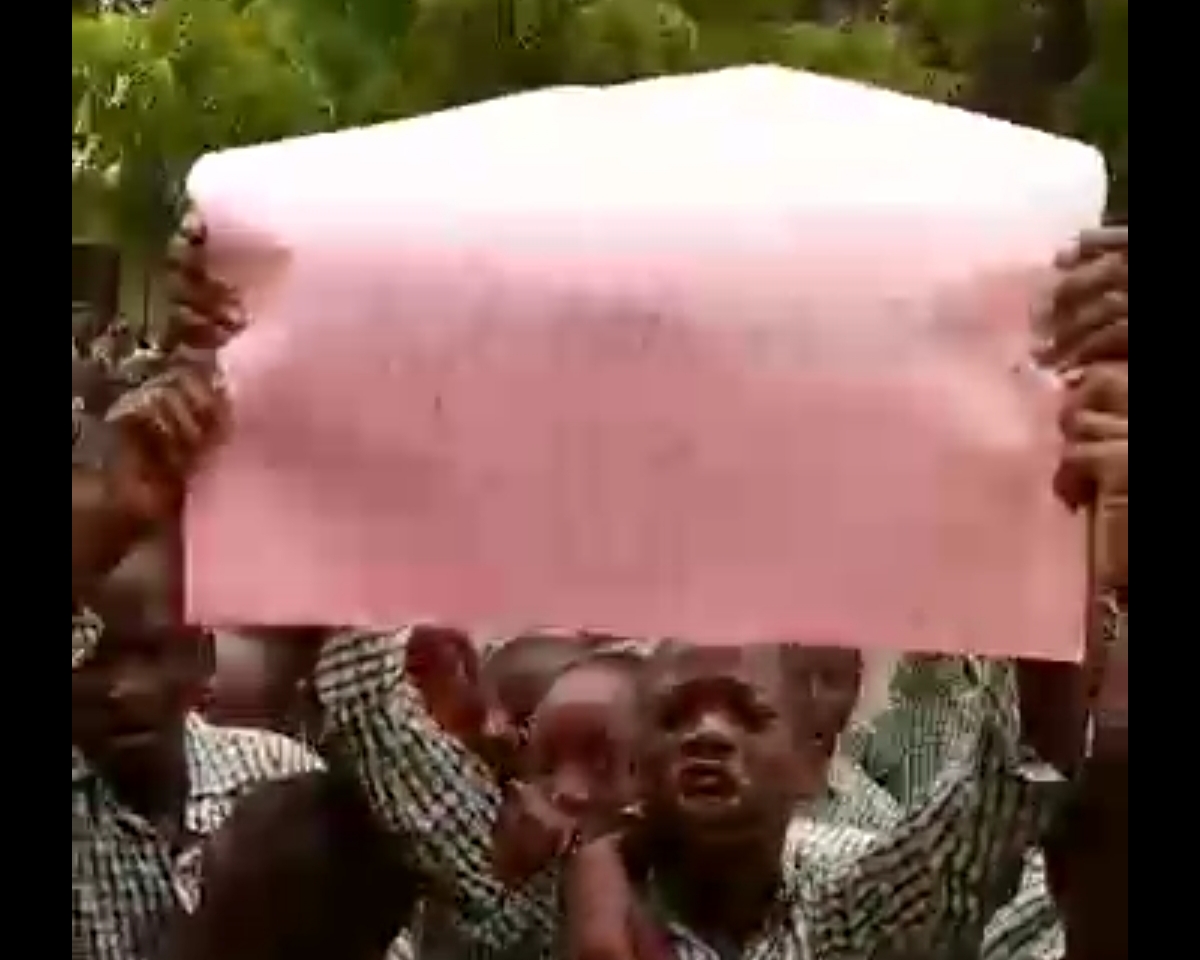 However, a source who is very familiar with the happenings in the school told our correspondent that the principal was hard-handed and wanted everything for himself.

He added that Awu was in trouble and that he was trying to sort himself out with the authorities.

“The problem of the principal is greed, he doesn’t give to other people what belongs to them. He wants to have everything to himself.

“It’s the principal who supplies food items to the kitchen, he goes to the market himself.

“This should not be so, the school has dining master and kitchen staff, they should be allowed to do their job.” 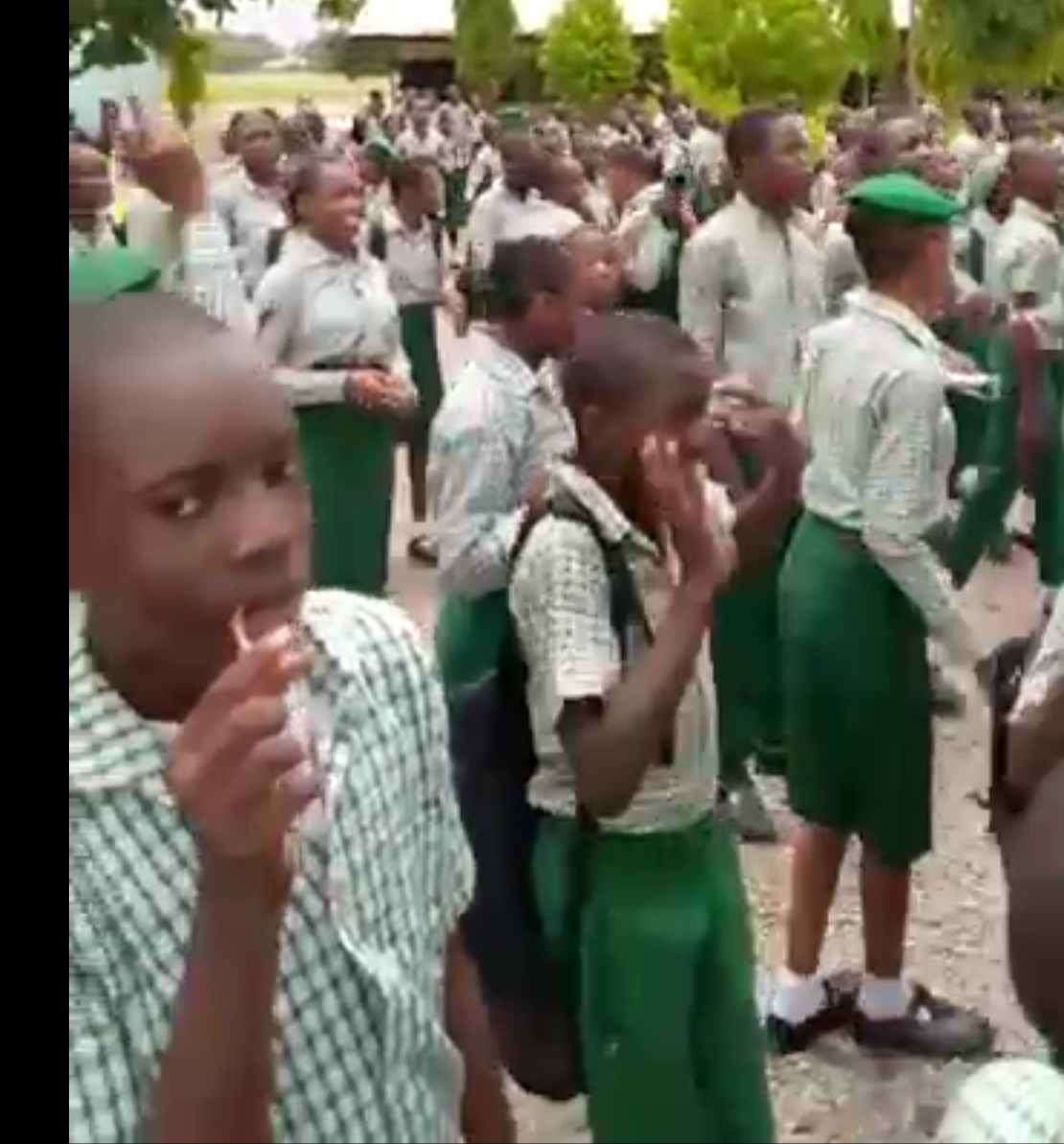 Another also said what led to teachers involvement in the protest was the principal’s refusal to pay his teachers their lesson allowances.