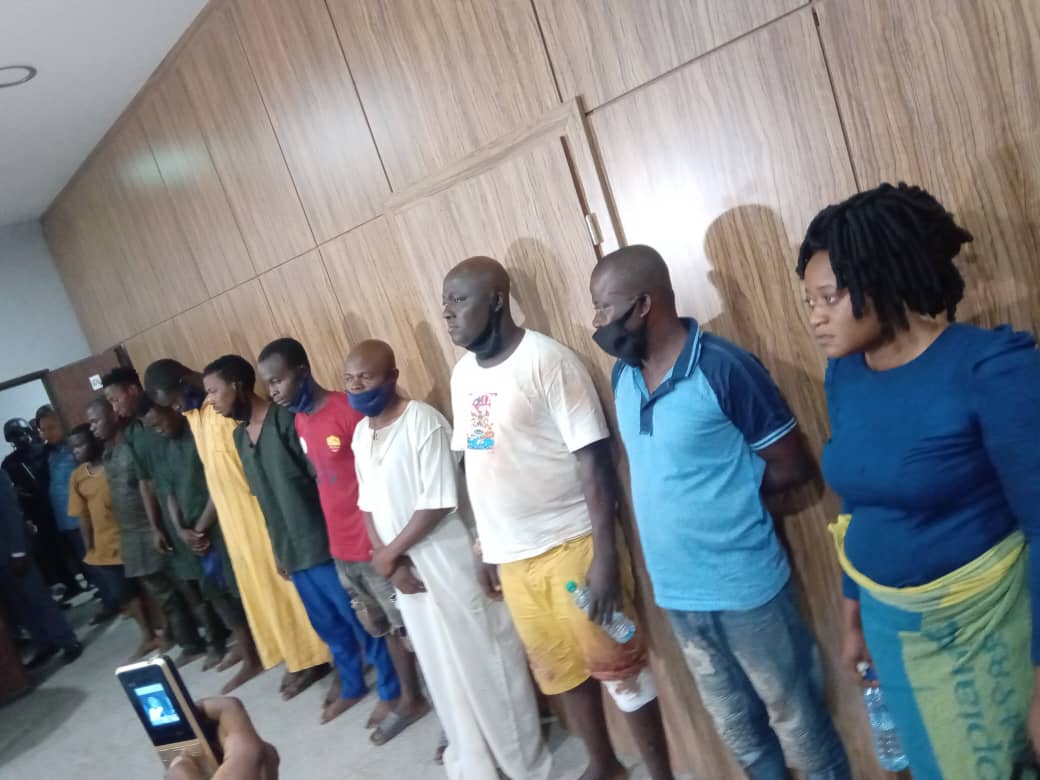 The Department of State Services (DSS) has denied detaining 12 associates of the Yoruba nation agitator Sunday Adeyemo aka Sunday Igboho.

The DSS insisted on Thursday that instead of 12 being claimed in a suit before a Federal High Court in Abuja, it had three Igboho’s aides in its custody.

It is claimed in the suit marked: FHC/ABJ/CS/64z/2021 being prosecuted by some lawyers including Pelumi Olajengbesi and Allen Sowore that the DSS is holding on 12 associates of Ighoho arrested during its raid of his Ibadan (Oyo State) residence earlier this month.

The court, on July 23 granted an ex-parte application by the applicants and, among others, ordered the DSS to produce them on July 29 and to show cause why they should not be granted bail.

At the resumed hearing in the case on Thursday, the DSS failed to produce the applicants, but made effort to justify its inability to comply with the court’s order.

DSS’ lawyer, I. Awo apologised for his client’s inability to produce the applicants in court, but argued that they were being detained based on an order from another court pending the conclusion of an investigation.

Awo said the order got for their detention would lapse on August 2 and prayed the court to allow the DSS time to conclude its investigation after which it would decide on whether or not to release or charge them to court.

The lawyer noted that as against the applicants’ claim that 12 of them were being held, the DSS has three – Amoda Babatunde (aka Lady K), Diokola Adeyemo Admola and Bamidele Sunday – in its custody.

Awo added the DSS also had Abdullateef Ofeyagbe (the first applicant) in its custody until July 27when he was released.

Lawyer to the applicants, Olajengbesi faulted Awo’s claim and insisted that all his clients were being held by the DSS.

He also faulted the remand order tendered in court by the DSS’ lawyer arguing that it was not certified.

Olajengbesi however sought time to enable him to respond to the affidavit filed by the DSS in relation to the court’s order for it to show cause.

Ruling, Justice Obiora Egwuatu restated the order for the applicants’ production on the next adjourned date.

Justice Egwuatu also ordered the DSS to allow the applicants’ lawyers access to them between today and Monday.

He adjourned till August 2 for the DSS to produce them in court and for further hearing in the case.