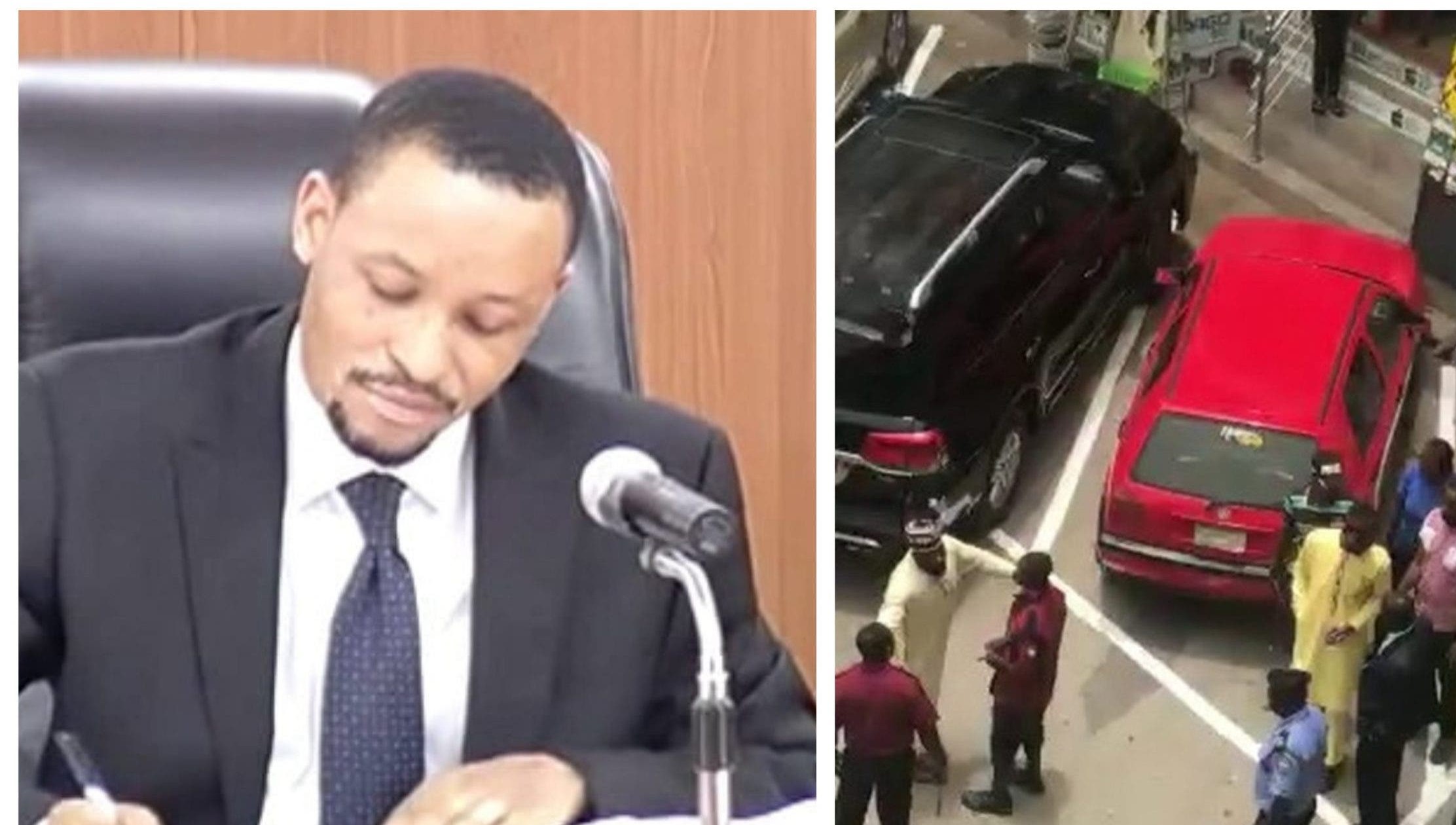 There is fresh trouble for the Chairman, Code of Conduct Tribunal (CCT) Danladi Umar as northern youths have called for his removal and prosecution.

They said that their call was because of his alleged abuse of power.

Umar was caught on video assaulting a security man, Clement Sargwak, a 22-year-old employee of Jul Reliable Guard Services Limited at Banex Plaza, Abuja, who had told him his vehicle was wrongly parked.

In his attempt to justify his action, the CCT spokesman, said the guard was rude and could not provide a reasonable explanation why Umar should not park in the said space, alleging that the guard threatened him.

The spokesman alleged that after the assault on Umar, a mob of “Biafran Boys” came to the guard’s rescue and attacked the tribunal chairman.

But the youths, in a statement by their President, Isah Abubakar, expressed dismay at the CCT chairman’s usage of “Biafran Boys” to describe Nigerians who were going about their lawful businesses.

The youths noted that it was an attempt to cause division in the country so that he would escape public scrutiny and the consequences of his action.

The statement further noted that assuming without conceding that the guard actually threatened the CCT chairman, he (tribunal chairman) shouldn’t have taken the law into his hands, noting that the conduct of the judicial officer had succeeded in inciting millions of Nigerians to start taking the laws into their hands anytime they feel slighted.

The youths, therefore, called on Umar to resign from his position as the CCT chairman, stressing, “We have every reason to believe that anybody from Eastern Nigeria that appears before CCT can’t get justice, following the ‘Biafran’ mindset he holds against them.”

The youths appealed to the Inspector General of Police to immediately arrest and prosecute him (Danladi Umar) for assaulting a law-abiding Nigerian on his duty post.

They called on the presidency to as a matter of urgency replaced Danladi as the Chairman of the Code of Conduct Tribunal if he fails to resign voluntarily.

The youths also called on the National Assembly to stop appropriating money to the tribunal if Umar fails to resign and the presidency decides to retain him.

The statement expects Umar to apologise to South Easterners who believe in the unity of Nigeria and are working hard to guarantee the same.

“The members of Northern Youths Council of Nigeria will prepare for a grand protest if the above demands are not met,” the statement said.