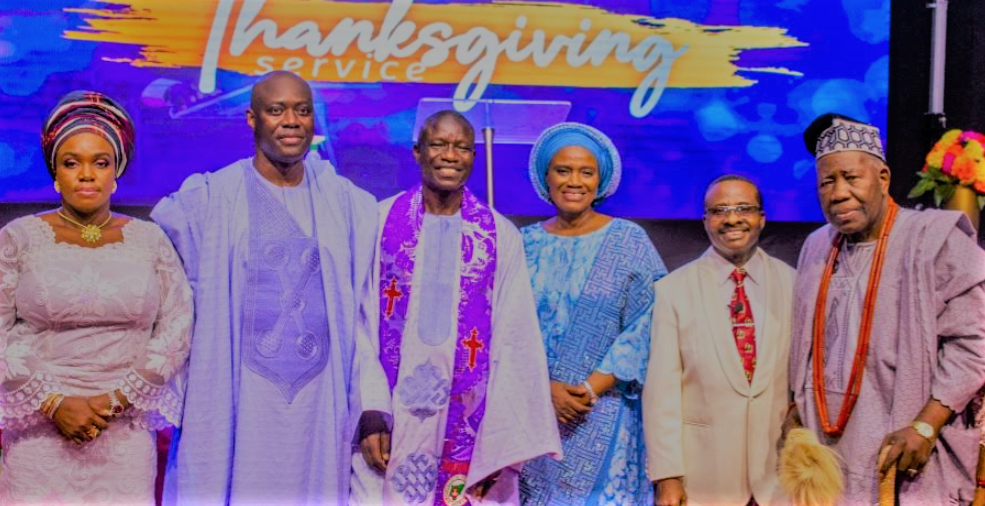 Oyo State Governor, Seyi Makinde has declared that God will redeem Nigeria from its current challenges of insecurity, ethnic and religious tension starting from Oyo State.

The governor, who dwelt on the uniqueness of figure seven, said that God will use the seventh election in the Fourth Republic coming up in 2023 to get Nigeria to perfection.

A statement by the Chief Press Secretary to the governor, Mr. Taiwo Adisa, indicated that the governor also challenged Nigerians to consistently pray for the country and its leaders.

He said that there was the need to be clear-headed about the country’s challenges and how to solve the challenges.

The statement noted that the governor stated this on Sunday, during the thanksgiving service in commemoration of Bishop Francis ‘Wale Oke’s election as the 7th President of the Pentecostal Fellowship of Nigeria, held at the Sword of the Spirit International Ministries headquarters in Ibadan.

He said: “Just as God has given the 7th President of CAN and 7th President of PFN to us [in Oyo State] at this point in time in Nigeria for perfection and completeness, so also I am believing God to do the same thing for us in the next election.

“We started this democratic experiment in 1999 and up until 2019, we have had six elections and the seventh election is going to be in 2023. So, if we want perfection and completeness, the Church must get involved.

“When Bishop Wale Oke was talking, he said the population of PFN is about 65million but in the last election that brought in the current president, he scored about 15.3million votes.

“So, if we want leaders to get thrown up, who would do the bidding of God, who will serve his people, we must not allow the next opportunity to slip by.

“Society will always get the type of leadership it deserves.

“I was anointed right in here and for this tenure, I will serve God and the people of Oyo State. So, we have to get leaders that will do that and there are many of them in our churches.

“We only need to encourage them and make up our minds to get leaders that will serve the people.”

The governor prayed for the success of the new PFN president as well as the CAN president, and committed them into God’s hands, praying that “as they have started well, they will end well.”

On the challenges facing the country, Makinde said: “I want to tell us today that we have a lot of work to do. We need to keep praying for this country and people in leadership positions.

“What is absolutely important and critical is the fact that in the midst of all of this confusion, we have to be clear-headed and do things that will solve problems.”

Also, the President of CAN, Dr. Supo Ayokunle, said that leaders must ensure justice and fairplay to reduce ethnic and religious tension as well as general insecurity.

The new PFN President, Bishop ‘Wale Oke said that governments must use the power of the law to bring sanity to the country, adding that no good government negotiates with bandits, rapists, terrorists and murderers.

PDP Suspends Babangida Aliyu For Working Against Jonathan, Others In 2015