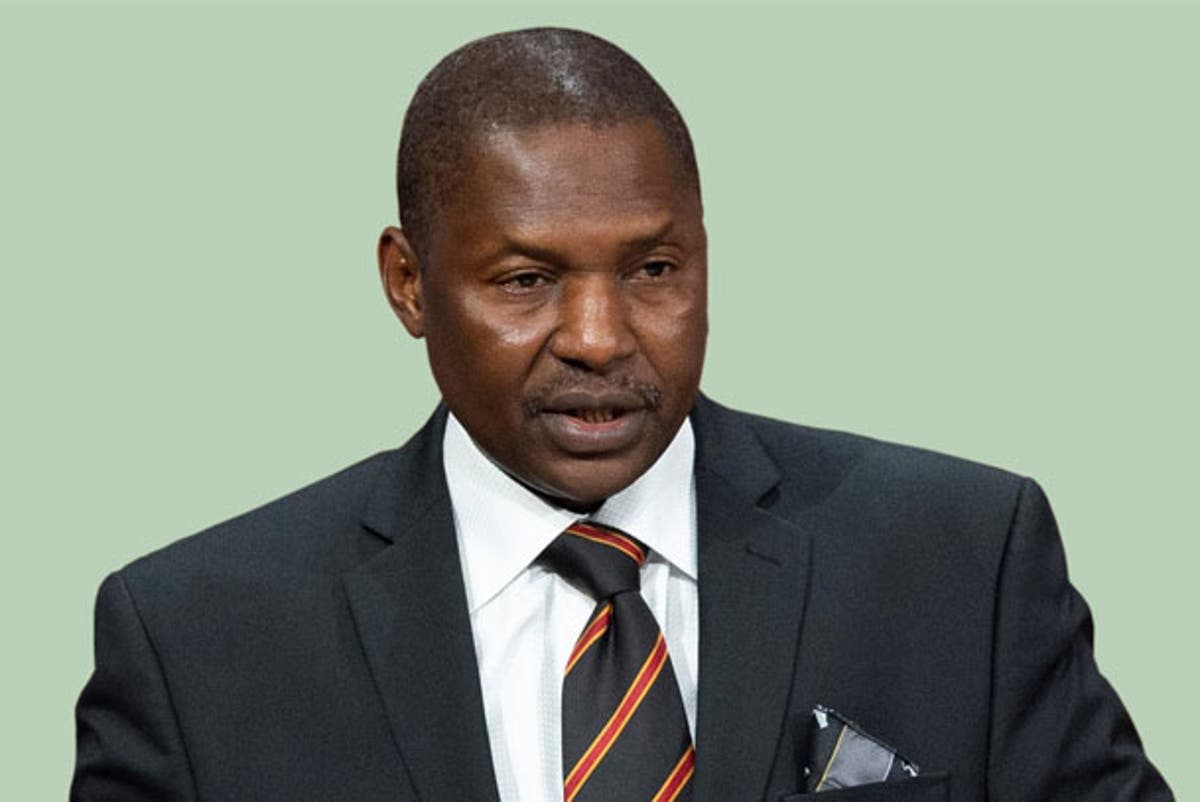 They, however, urged the government to use the funds to execute projects in Delta State.

They spoke on Friday when they met with the Attorney-General of the Federation and Minister of Justice, Mr. Abubakar Malami, SAN, to protest against the decision of the Federal Government to expend the £4.2million loot on projects outside Delta State.

The union submitted at the Registry of the Federal Ministry of Justice, a letter they addressed to President Muhammadu Buhari, urging him to review the list of projects to be executed with the funds which they maintained belonged to the people of Delta State.

While commending the Buhari-led administration for its effort towards ensuring that the looted funds were returned to Nigeria, UPU said it was, however, shocked to hear of the FG’s plan to use the retrieved funds for the completion of the second Niger bridge, Lagos-lbadan Expressway and Abuja-Kano Expressway.

In the letter entitled, “Commendation for Retrieval of Delta State’s Stolen Funds and Request for Review of Projects to be Executed With the Retrieved Funds”, UPU, said it would amount to double jeopardy for Delta State to lose the funds again to federal projects in other states.

The Urhobo union, therefore, urged the government to use the recovered funds to attend to several abandoned federal projects in Delta State. It listed nine of such projects for consideration.

UPU’s letter read: “Your Excellency, the Urhobo Progress Union (UPU) established m 1933, second in formative precedence only to the African National Congress (ANC) of South Africa that represents the largest ethnic nationality in Delta State, wishes to express its appreciation to your government‘s engagement with the British Government over funds stolen from the coffers of the Delta State Government and their successful planned retrieval in trenches to Nigeria under a Memorandum of Understanding With the British government.

“The UPU welcomes the planned return of these funds as a practical demonstration of your government’s tireless resolve to promote accountability and transparency in governance, a value that underpins UPU’s goal of promoting the well-being of its people and all Nigerians.

“UPU commends this development and appreciates the federal government’s strong concern over returning these funds directly to the state government where the key actors involved are still in control or have considerable influence over the affairs of the state.

“The UPU and the entire people of Delta State are, however, shocked to hear of the federal government plan to use the retrieved funds for the completion of the second Niger bridge, Lagos-lbadan Expressway and Abuja-kano Expressway.

“While we note that these are very worthy projects, it should, however, be noted that these recovered funds belong to the people of Delta State who were and still the main victims deprived of the benefit of these funds.

“The UPU, therefore, kindly appeals to the federal government on behalf of our people to reconsider the expressed intention and use the funds to attend to several abandoned federal projects in Delta State and mitigate the deprivations that the people have already suffered from the protracted … of the funds.

“This will indeed demonstrate the fairness and justice which informed your government’s endeavour to embark upon the retrieval of these funds and therefore should benefit directly the people of Delta State.

“Your Excellency, as mentioned above, there are federal projects that require urgent attention and revival within Delta State that will not only symbolically seal the goodwill of the people of the state towards your government for embarking on this endeavour, but will also reaffirm your government’s good disposition to our people as exemplified by the recent revival of the railway lines to warri to boost transportation and trade needed to enhance the revitalization of the numerous federal and state economic assets within the state, such as the Sea Ports, Steel Complex, Gas plant and Petroleum Refinery.

“We, therefore, kindly request your government to consider the following federal projects and programs within Delta state that trenches of the expected re-funds should be used for, namely: “Rehabilitation of Ologbo-Warri federal Road .

” Rehabilitation of the SapeIe-Amukpe-Aghalokpe-Eku-Abraka to Agbor federal road. ”

“Rehabilitation of the Warri-Ughelli-Asaba Road .

“We have only compiled a short-Iist of these few projects out of many that the federal government should use the returned funds for in the interest of justice and fairness that underpinned your government’s efforts to recover the funds and we urge that the recovered funds should be used for the beneficial interest of the people of Delta State.

“Your Excellency, the justice of this matter demands this and so shall you be remembered by our people given similar precedents of recovered funds returned by the federal government to Bayelsa and Plateau states.

“Surely, the joy of the people of Delta State and their gratitude will be boundless if your efforts are crowned by using the funds for federal projects In Delta state.

“We, therefore, appeal to and urge your government to favourably consider our request on behalf of the Urhobo and indeed the entire people of Delta State ”