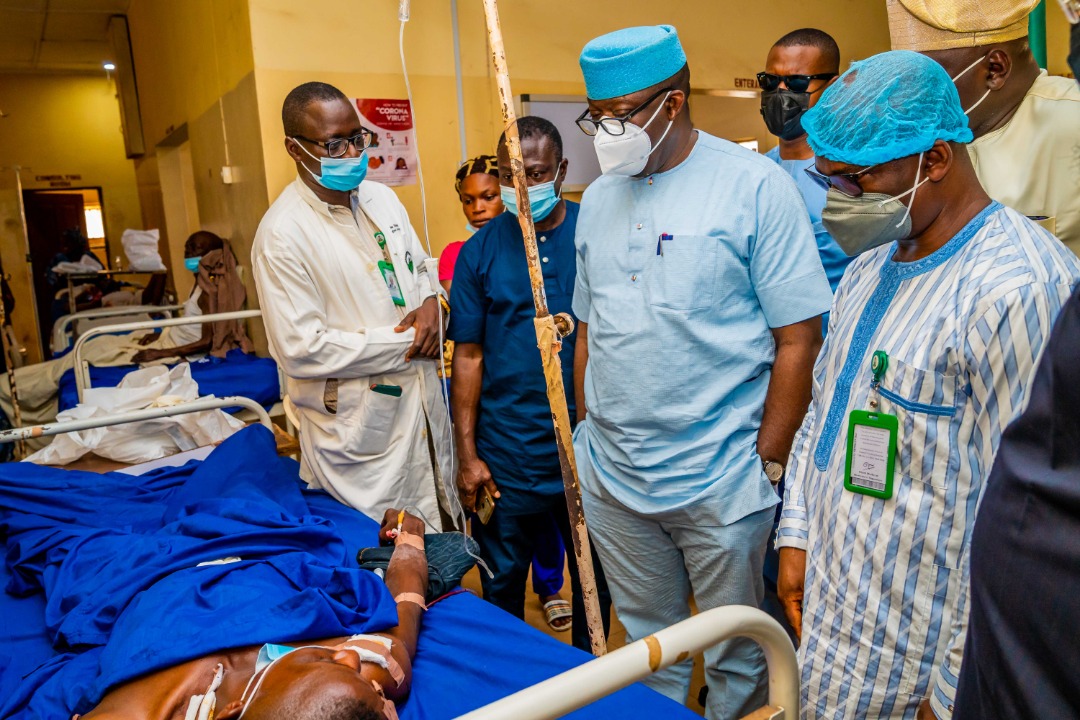 Ekiti State Governor, Dr Kayode Fayemi has confirmed the arrest of suspected perpetrators of the violence that led to the death of two people in Omuo-Ekiti during Saturday’s Ekiti East Constituency 1 House of Assembly bye-election, with an assurance that they would be brought to book in accordance with the law of the state.

The governor disclosed this when he paid a condolence visit to the palace of Olomuo of Omuo Ekiti, Oba Noah Omonigbehin in Omuo- Ekiti on Sunday. He said the perpetrators would be taken to court on Monday and charged with murder.

Dr Fayemi told the monarch, the Olomuo-in-Council and other stakeholders at the palace that the state commissioner of police had confirmed to him the arrest of those responsible for the violence.

Dr Fayemi, accompanied by the Senator representing Ekiti South, Abiodun Olujimi; Commissioner of Police, Tunde Mobayo; Special Adviser Security Matter, Brig-Gen Ebenezer Ogundana (rtd) and other stakeholders said the development had nothing to do with politics, adding that the full weight of the law would be visited on everyone involved in the violence to serve as a deterrent to intending criminals.

The governor who visited the crime scenes also paid condolence visit to the families of the deceased.

He also visited some of the injured at the Methodist Hospital in Omuo-Ekiti and the Federal Teaching Hospital, Ido Ekiti (FETHI), where he promised that government would settle the medical bills of those in the hospital and lend some help to the families of the deceased in order to cushion their pains.

Governor Fayemi said prior to the election, he had been engaging Senator Olujimi and other major stakeholders in the community on the peaceful conduct of the bye-election and the progress of constituency.

The governor while speaking with journalists at the Federal Teaching Hospital, Ido- Ekiti, said he was disturbed by the turn of event in the election, adding that “There is no election that is worth the blood of any citizen of this state.”

“This is unacceptable and those who are found culpable will have to face the maximum wrath of the law, But that can’t bring back those whose lives have been lost.

“I have visited all those who were injured and I have assured their family members and I have also spoken to the chief medical director here and I think they are being looked after with competent care.

“Government shall be responsible for all the expenses of the people who were injured and those who have lost family members too whatever we can do to reduce the level of pain, government will try and do that.”, Governor Fayemi added.