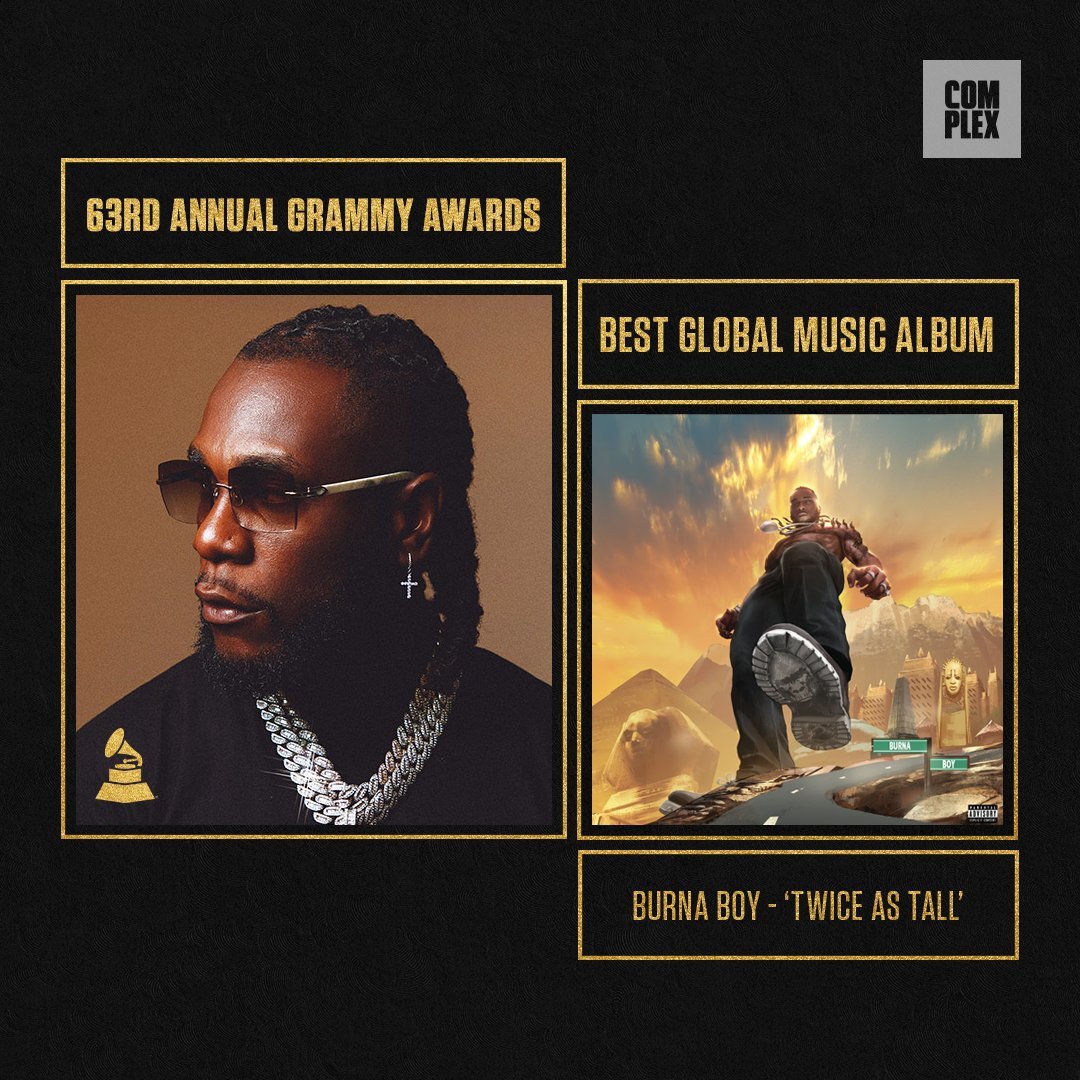 He won with his album, ‘Twice As Tall,” after a previous near-win.

The singer had missed the chance last year, after he failed to clinch the award, when he was first, but fate smiled on him as he finally clinched the prize in the Best Global Music album category at the 63rd edition.

He made history to become the first Nigerian to make music from Nigeria and win a Grammy on his second attempt.

Burna Boy’s emergence as a Grammy winner places him ahead of legendary Nigerian musicians including Juju king, King Sunny Ade, Afrobeat maestro, Femi Kuti and his half brother, Seun Kuti.

Burna Boy’s win was announced at the award ceremony, which was hosted by TV show host, Trevor Noah.

‘Twice As Tall,’ the winning album and Burna Boy’s fifth studio album, was adjudged one of the best to be recorded by the 29-year-old Nigerian-born Damini Ogulu.

The album was released on August 14, 2020 by Spaceship Entertainment, Atlantic Records and Warner Music.

READ ALSO: Sheikh Gumi And The Holy Bandits Of Zamfara

The album is a mixture of Afrobeat, dancehall, pop, and hip hop.

‘Twice As Tall’ was produced primarily by Telz along with production from Rexxie, Timbaland and DJDS, among others.

In 2020, Burna Boy’s fourth Studio, ‘African Giant,’ had vied for the category but lost to Angelique Kidjo.

I Wept Day I Knew My Son Was Gay – Okupe