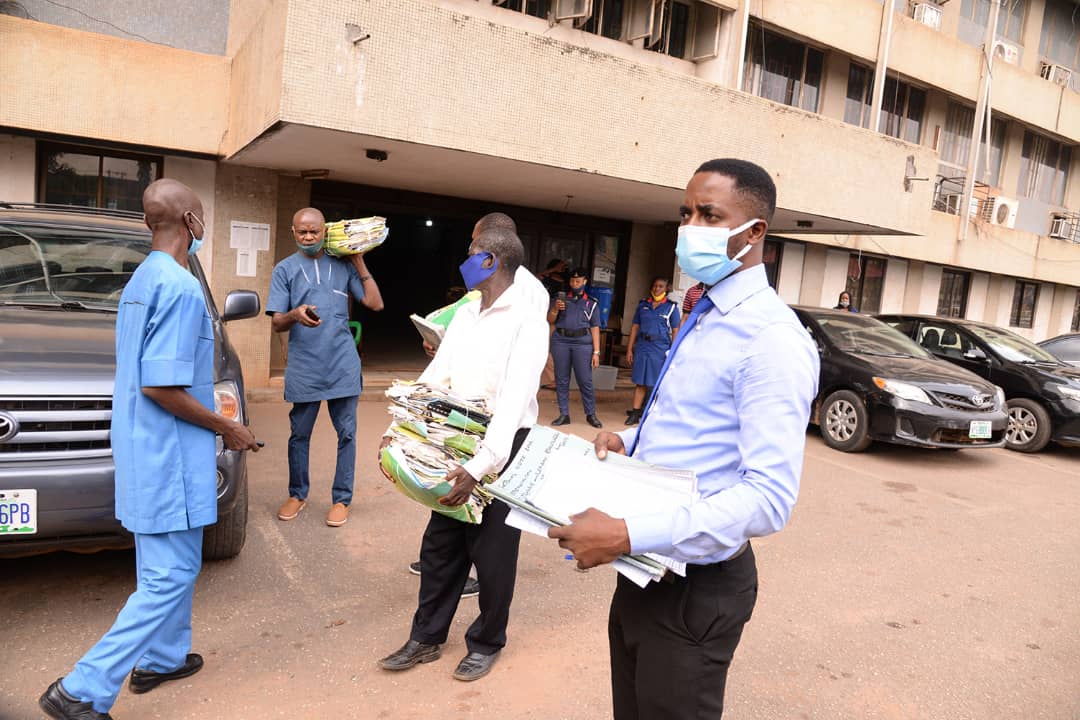 The Edo State government on Monday night deployed security operatives to safeguard the premises of the State Government Secretariat also known as Palm House, in Benin City, following intelligence reports of an arson attempt at the Ministry of Environment and Sustainability offices, to destroy critical documents pertaining to the N30 billion Benin storm water project.

Governor Godwin Obaseki had during an inspection of the Textile Mill Road catchment of the storm water project on Monday morning vowed to set up a panel to investigate how money meant for the project was spent, decrying that the project was conceived by the previous administration in the state to defraud Edo people.

The Secretary to the State Government, Osarodion Ogie, in a statement, reassured that the government will ensure that it uncovers the details surrounding the project and its execution and also assured that all those culpable are brought to justice.

Ogie noted, “Following the commitment of the Edo State Government to probe the N30 billion Benin storm water project, the state received intelligence of a possible arson at the offices of the Ministry of Environment and Sustainability, which houses vital documents on the project.

“The government immediately deployed security operatives to guard the premises of the Ministry overnight to protect its assets.

READ ALSO: Ekiti Set To Deliver Regular Power Supply – Fayemi
“We have successfully evacuated these vital documents to a safe location to ensure their integrity and in readiness for a probe.

“Government will ensure that it uncovers the details surrounding the project and its execution and also assure that all those culpable are brought to justice.”

“We will do right by Edo people as always and work assiduously to ensure that our people get value for our money as regards the execution of the N30 billion storm water project,” he reassured.

Earlier, Permanent Secretary, Ministry of Environment, Mr. Lucky Wasa, who led the team to guard the premises of the Ministry overnight and to evacuate the vital documents ordered “that all files stored at the registry and other offices be sorted out and removed from the building to a more secured location to ensure that no body sabotages the planned probe by Governor Godwin Obaseki.”

The Permanent Secretary noted, “Please ensure that all files relating to Benin City Water Storm Project are sorted out; enter all the files and their numbers into a paper. We are taking them away to a more secured location.”