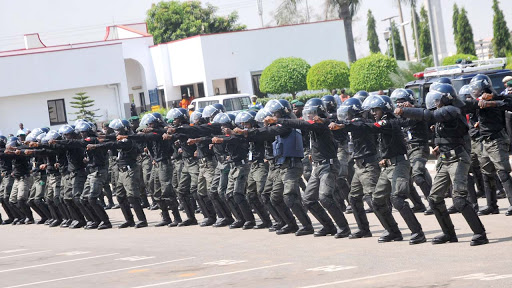 Governor Nasir El-Rufai of Kaduna State and his Ekiti State counterpart, Kayode Fayemi, have proffered ways to peace in the polity.

The governors and other speakers, including Senate Minority Leader, Enyinnaya Abaribe and Lagos-based Pastor, Sam Adeyemi, spoke yesterday during ‘Radio Now’s Urgent Conversation’ with the theme, ‘The Fierce Urgency Of Now: Tactics And Strategies To Pull Nigeria From The Brink’.

El-Rufai, who urged the Federal Government to implement the recommendations of the APC Committee on True Federalism, called for devolution of power between the FG and the states.

“I will dwell on three of the issues that I believe are critical to the immediate needs of the country to pull back from the brink: Imperative for federal, state and community police; vesting control of oil and gas, mines and minerals (other than offshore in the Continental Shelf and Extended Economic Zone) in the states with royalties and taxes payable to the Federation Account, and rectifying the anomaly of a federation that has a more or less unitary judiciary.

“Give us state police now. Vest all minerals in the states now, and decentralise our judiciary now, not later,” he said.

Among other suggestions, the Kaduna State governor called on the government to focus and deal decisively with all state and non-state actors engaged in conducts that amount to challenging the supremacy of the Nigerian state and the Constitution without ethnic profiling or discriminatory treatment.
On his part, Governor Fayemi, who expressed worry over the current spate of violence in Nigeria, canvassed a system to manage forests across states to ensure that illegal occupants are evicted from such areas in order for people to regain normalcy in their livelihoods.

Fayemi, who is the chair of the Nigeria Governors’ Forum, said governors do not subscribe to ethnic profiling as criminals are found all over the country and they come from virtually almost every ethnic group. He stressed that it’s important to make a clear distinction between criminality and race bigotry.

Pastor Adeyemi of Daystar Christian Centre said breaking away as a nation was not the way out.

He added that Nigeria may go from one crisis to another if its current leadership does not change its culture, stressing that members of the Nigerian elite and those in government were not leading the citizens on the path of progress, hence, the fury in the land.