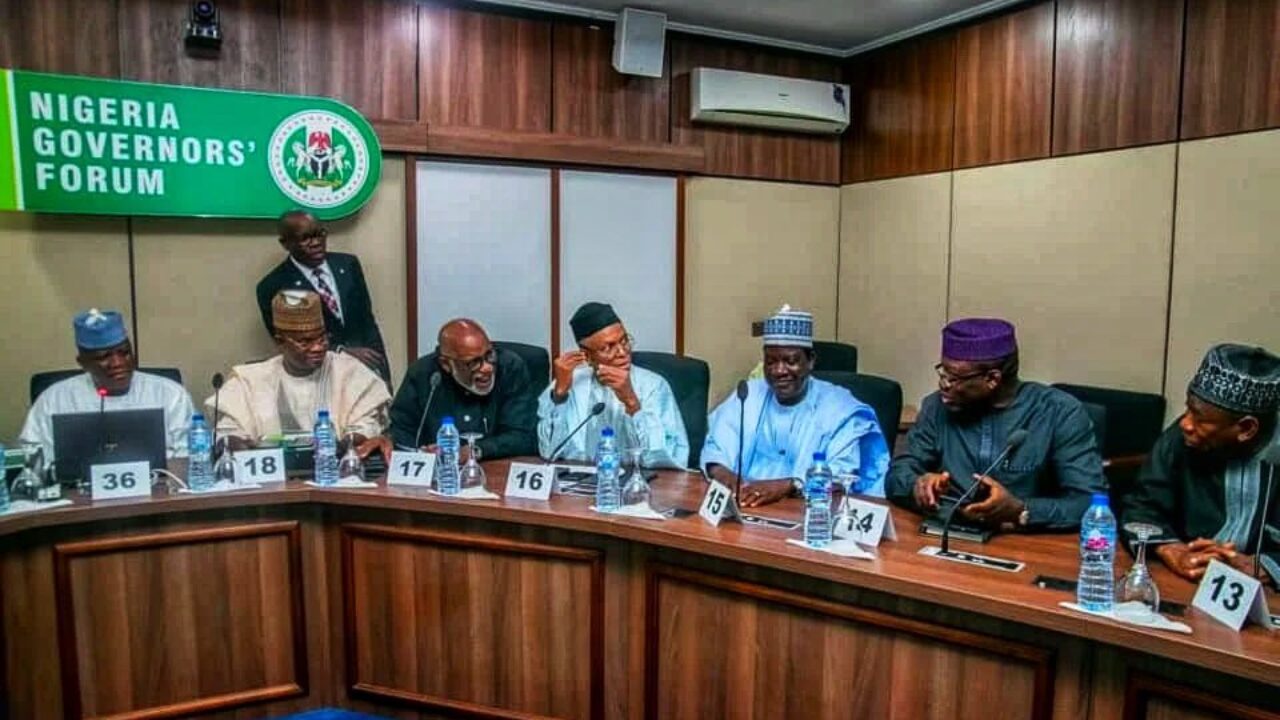 State governors jointly charted a path to peace as they met over the growing insecurity in the country.
They demanded what they considered a comprehensive prosecution of crime and criminality wherever they occur without regard to ethnic or religious affiliation.

This, among other decisions, was taken at an emergency meeting of the Nigeria Governors Forum held at the Presidential Villa, Abuja on Wednesday evening.

The forum’s chairman and governor of Ekiti State, Kayode Fayemi, briefed journalists at the end of the meeting that ended in the early hours of Thursday.

Fayemi said state governors remained committed to the protection of life and property in the states.

He said while sympathising with victims of the recent security challenges in parts of the country, the NGF had provided some financial support to victims of the conflicts experienced in Oyo and Ogun states where its delegation visited last week.

Fayemi said: “Nigerian governors also are very clear that crime and criminality should be comprehensively prosecuted wherever they may occur without ethnic, religious or any other coloration.

“Governors are totally opposed to ethnic profiling of crime. Knowing what has transpired in other parts of the world, whether we are talking of the way youths were profiled in Germany leading to the World War, or we are talking of the way Tutsis were profiled leading to the genocide experienced in Rwanda, we do not believe that crimes are associated with a particular ethnic group.

“And to that extent, we unreservedly condemn any attempt to profile any ethnic group on account of a particular crime.

“Governors are also totally opposed to the proliferation of fake news, and the abuse of social media. Many of us have seen those fake videos that have almost led to reprisals in other parts of the country and we want to implore both our mainstream media organisations as well as individuals to apply restraint in the way and manner issues relating to the security of life and property are reported.”

Fayemi added that the meeting reviewed the challenges of retooling the nation’s military institutions just as it welcomed the appointment of new services chiefs, expressing the hope that a new security architecture would emerge from the new leadership.

He added, “On our part, we are prepared to support the dedication of portions of the Excess Crude Account and the Natural Resource Development Fund and the Economic Stabilisation Fund to providing the necessary equipment for the military and other security institutions to address immediately the impunity associated with all of the crimes and criminality that we have highlighted in this briefing.

“In this wise, we have also expressed our interest in strengthening our judicial system so that they can accelerate access to justice for victims of crime and criminality in the country.

“Governors also reviewed the need to strengthen the National Livestock Transformation Plan because it the view of all the governors in Nigeria that the traditional approach to grazing is no longer sustainable and that modern approach to livestock management needs to be put in place and governors feel strongly that the strengthening of the National Livestock Transformation Plan would be a good place to start this comprehensive revisiting of the livestock management arrangement.

“Governors also highlighted in the course of our meeting, the importance of reviewing our forestry management and environmentalists law because we feel very strongly that our forests have become the den of these criminals and bandits simply because they have not been properly managed across the board.”

Insecurity: A Major Minus To Good Governance In Nigeria