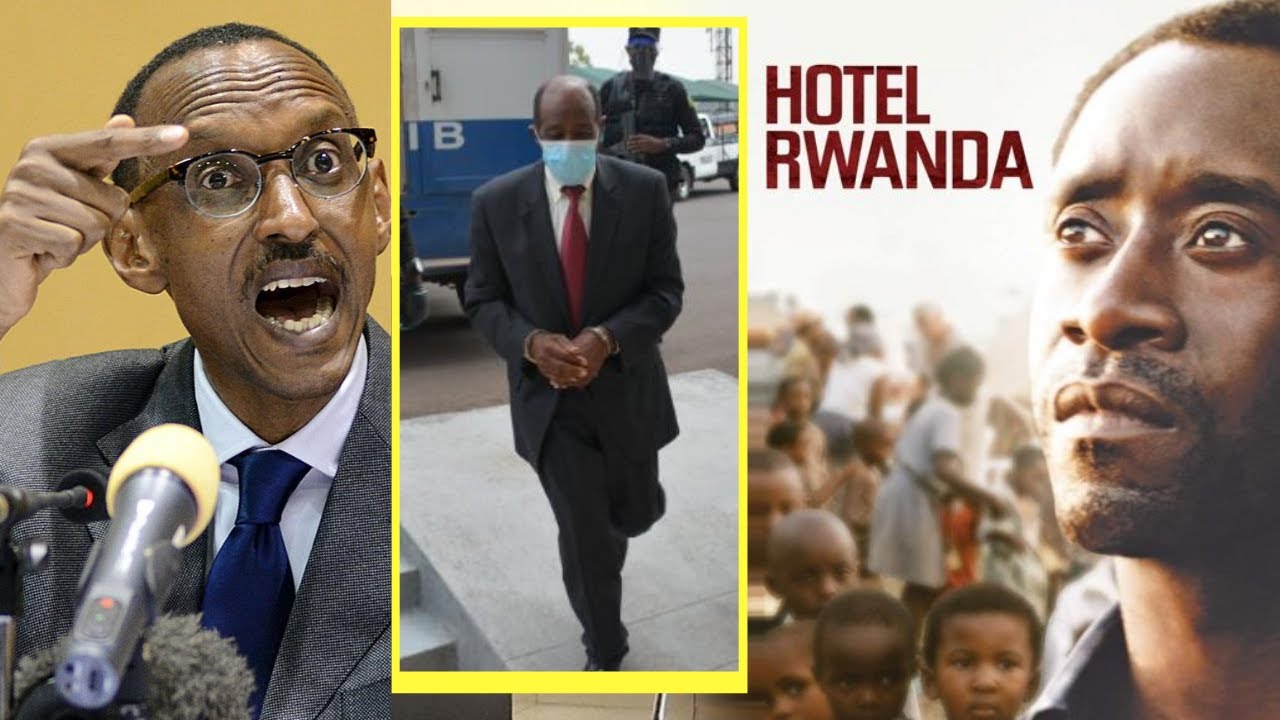 He was lauded as a hero during the grim days of the 1994 Rwandan genocide, credited with saving the lives of more than 1,200 people he sheltered at his hotel, but when he mysteriously reappeared back in his home country late last year, he was in handcuffs. Now Paul Rusesabagina, who angered the Rwandan government with his pointed criticism from exile in the years after the blood bath, is about to go on trial in a prosecution that has drawn broad international condemnation.

Paul Rusesabagina, who gained fame after his actions were portrayed in the Oscar-nominated movie “Hotel Rwanda,” is charged with terrorism-related offenses.

In August, the 66-year-old former hotelier who lived in Belgium and the United States, was paraded before the press in shackles in the Rwandan capital, Kigali, with no explanation from the authorities as to how he had come to be there.

The trial, which is to begin on Wednesday, is being handled by the High Court Chamber for International Crimes and will be held in the trial chamber of the Supreme Court in Kigali.

Mr. Rusesabagina has been a staunch critic of President Paul Kagame for years, and his family, his lawyers and critics of the government all say he has no chance at a fair trial.

In 1994, Mr. Rusesabagina, who had trained in hospitality in Kenya and Switzerland, was the manager of the luxurious Hôtel des Mille Collines in Kigali when Rwanda found itself consumed by bloodletting that killed as many as a million people.

But some had the good fortune to find shelter at the hotel, where Mr. Rusesabagina used alcohol and cash to deter their would-be killers. He is credited with saving 1,268 ethnic Tutsis and Hutus, and his story became the basis of the 2004 movie “Hotel Rwanda.” Mr. Rusesabagina also recounted it in his 2006 autobiography, “An Ordinary Man.”

Lauded globally for his courage, Mr. Rusesabagina received numerous humanitarian and civil rights awards, including a Presidential Medal of Freedom in 2005 from President George W. Bush.

As his profile rose, Paul Rusesabagina used his new platform to roundly criticize the repressive policies of Mr. Kagame, Rwanda’s leader. After his home in Belgium — where he was a citizen — was broken into a few times and documents stolen, Mr. Rusesabagina moved his family to a gated community in San Antonio, Texas, where he believed they would all be safe.

But on the afternoon of Aug. 31, the Rwandan authorities presented him masked and handcuffed.

Mr. Rusesabagina had last communicated with his family from the airport in Dubai, where he had arrived on an Emirates flight from Chicago. He then boarded a private jet that he thought was going to Burundi, where he planned to speak to churches at the invitation of a local pastor.

Instead, the plane, operated by the Greece-based Charter firm GainJet, landed in Kigali early the morning of Aug. 28, where he was promptly arrested and bound for three days. Mr. Kagame, speaking on national television, called the operation “flawless” and denied that Mr. Rusesabagina had been abducted, as his family said.

In December, Mr. Rusesabagina and his family sued the airline. “Through this lawsuit we will be able to get some answers,” Carine Kanimba, one of Mr. Rusesabagina’s daughters, said in a telephone interview

According to the indictment issued by the Rwandan authorities, Mr. Rusesabagina is accused of nine offenses, among them murder, armed robbery and being a member of a terrorist organization.

The charges center on Mr. Rusesabagina’s leadership in the Rwanda Movement for Democratic Change, an opposition coalition in exile whose armed wing, the National Liberation Front, Rwandan authorities have accused of carrying out attacks along Rwanda’s southern border with Burundi in 2018.

The authorities have zeroed in on a 2018 video in which Mr. Rusesabagina said that all “political means have been tried and failed” in Rwanda and that it was time to “use any means possible to bring about change.”

Mr. Rusesabagina is jointly charged with 17 other defendants, including Callixte Nsabimana, also known as Sankara, a former spokesman of the National Liberation Front who is accused of orchestrating attacks in Rwanda’s southern borders.

Mr. Rusesabagina asked the court to release him on bail, citing poor health, but his request was rejected. The prosecution described him as a flight risk.

Mr. Rusesabagina’s lead counsel, Kate Gibson, said the proceeding should not even start given the many “fair trial violations.” Because of his Belgian citizenship and the circumstances of his arrest, she said, Rwanda “does not have jurisdiction to adjudicate this case, and should dismiss the charges and permanently stay the proceedings,” she said in an email.

Ms. Gibson is one of three of Mr. Rusesabagina’s international lawyers who have not been allowed into Kigali to represent him.

Mr. Rusesabagina is in solitary confinement in Mageragere Prison in Kigali, according to his lawyers. He has access to electricity a few hours a day and is allowed to stand outside for an hour daily depending on the weather. He is also allowed a five-minute call to his family once a week.

Mr. Rusesabagina, who has high blood pressure, has repeatedly said in recent months that he is afraid he will die from a stroke. Medications the family sent through the Belgian Embassy in Kigali never reached him, they said. And with Covid-19 outbreaks reported in the prison, his family is worried he will contract the virus.

The prison authorities have repeatedly confiscated confidential legal documents, Ms. Gibson said. And with no case file or indictment documents and no way to speak with his lawyers privately, Mr. Rusesabagina is not able to prepare for his own case, she said.