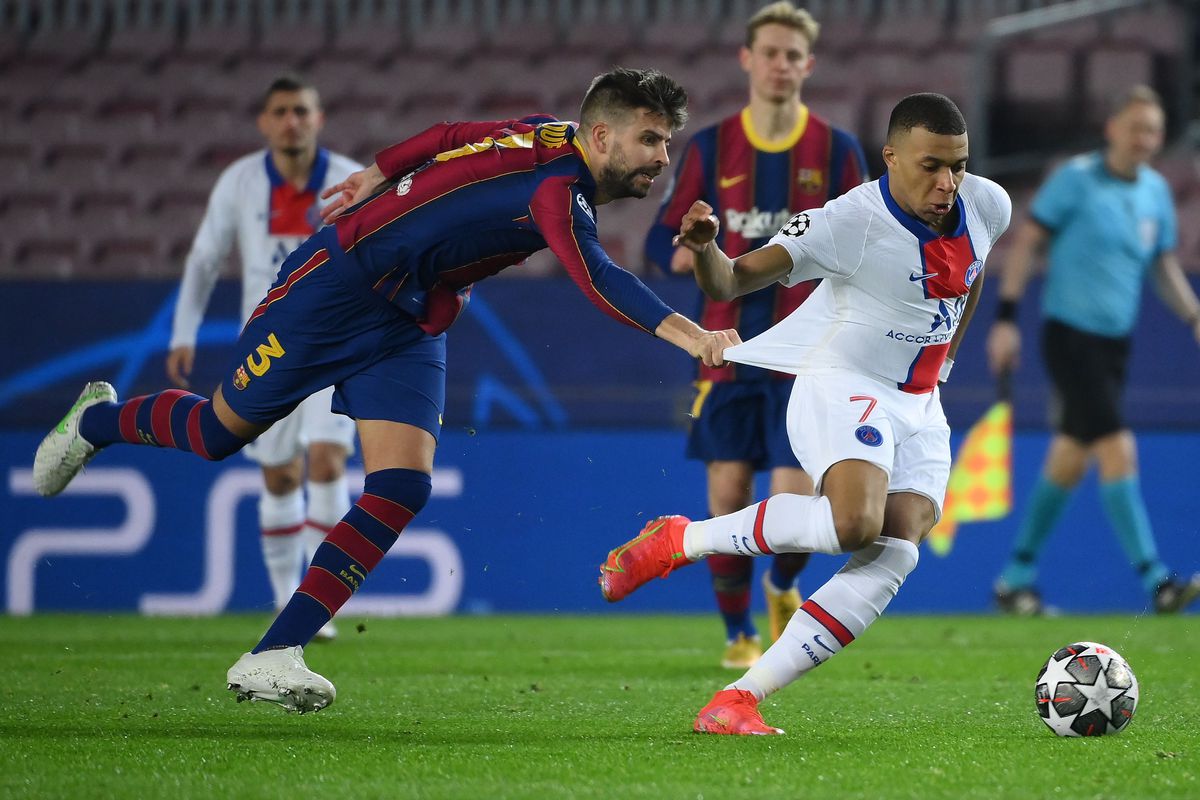 Nobody had any doubt that Mauricio Pochettino’s mission as manager of Paris Saint-Germain is to win the Champions League. There’s a long way to go yet, and PSG will face far tougher opposition than this group of Barcelona players, but a 4-1 win at the Camp Nou on Tuesday in the first leg of the round of 16 is a very good way for the Argentinian coach to start. Kylian Mbappe will, deservedly, take most of the headlines, having scored a hat trick, but what was impressive about this PSG performance was that it wasn’t based on individuals, but on a team performance–sensational as Mbappe was within that.

There had been a sense before the game that these were two teams in uncertain form. Barcelona has been improving but sits third in La Liga’s table, and PSG, almost unthinkably, is not currently on top in France’s Ligue 1 after suffering five defeats this season. But the result Tuesday was an open and engaging game of high quality, in which PSG proved its mettle–not just in terms of ability but in having the resilience to come from behind.

Neymar was absent with a groin injury, but his presence hung over the game. His $270 million move from Barcelona to PSG radically altered the finances of football–at least until the pandemic enforced retrenchment across Europe. No transfer since the 1890s had extended the world record by such a percentage, and it’s hard to imagine that mark being broken any time soon. 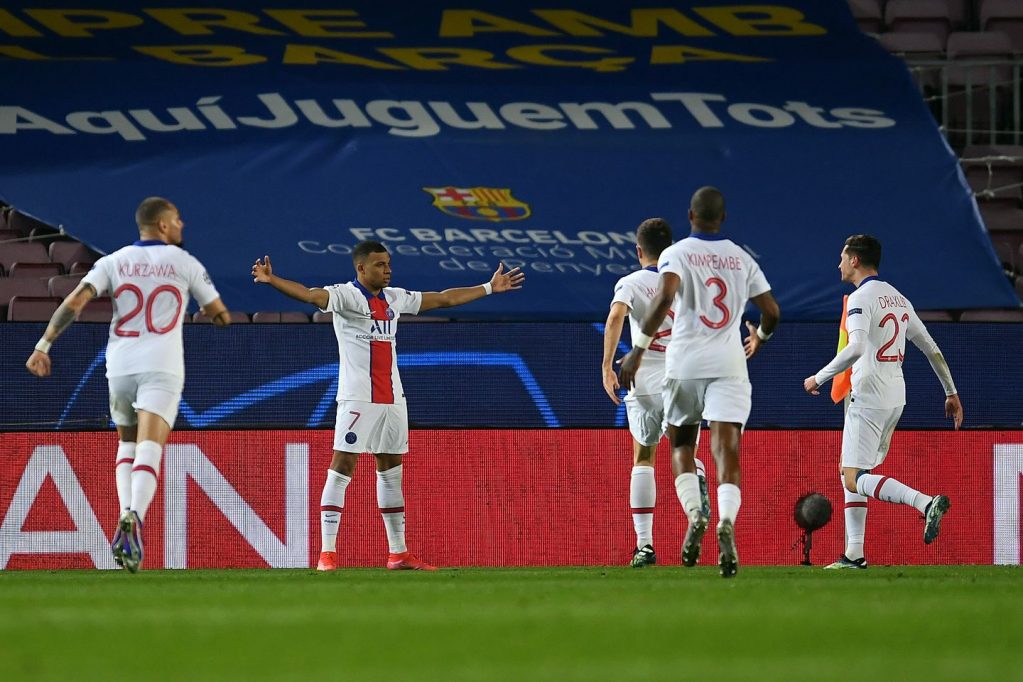 Losing Neymar was a humiliation for Barcelona, and perhaps also some measure of revenge for PSG for the remontada of a few months earlier, when Barcelona overcame a 4-0 first-leg defeat to beat PSG 6-1 in the second leg. Barça wasted its windfall–neither Ousmane Dembele, although he was involved here, nor Philippe Coutinho, the two big signings landed in the few months that followed, really settled–but even worse was the sense that nothing like that could ever happen again.

The situation was not dissimilar to losing Luis Figo to Real Madrid in 2000, another embarrassment that provoked a spending spree that only compounded the problem. What could not be countenanced was losing Lionel Messi, and so in November 2017 he was signed to a five-year contract worth roughly $167 million a year. Fans and accountants can argue whether that was worth it, but the club is now $1.5 billion in debt and in serious financial trouble. How the club begins to try to come to terms with those issues will largely be decided by next month’s presidential elections.

In the end on Tuesday, Barcelona’s deficiencies were all too obvious. There may have been improvement recently, but the problems will not rapidly be solved. The first two PSG goals were both the result of balls in behind fullbacks; the issue was less that the fullbacks had pushed up than that there was nobody providing cover. The third goal came from some weirdly bad marking on a set play from Clement Lenglet, who did not have a great night.

Yet Barcelona did, rather fortuitously, take the lead. Messi repeatedly dropped deep in the first half, and PSG struggled to pick him up when he did so. When he clipped a ball for Frenkie De Jong to run onto after 27 minutes, Layvin Kurzawa caught the heel of the Dutch midfielder. The collision was almost certainly unintentional, but the penalty was clear. Messi swept it home emphatically. Almost immediately, Dembele had a glorious Messi-crafted chance to double the advantage but miscued. And with that, the game was gone.

The lead lasted just five minutes, and the equalizer was brilliant. Kurzawa, left mystifyingly untended on the left, swept the ball across the box, Marco Verratti flicked it on, and Mbappe, in his first game against Barcelona, created space with a quick jink past Lenglet before slamming his shot in at the near post.

The main tactical change Pochettino has made in his few weeks at PSG has been to move Verratti further forward. He remains the snarling menace he has always been, but his role now seems more to lead the press, and that in turn pushes Mbappé further forward.

It was a perfectly weighted ball from Leandro Paredes that brought the second goal 20 minutes into the second half, releasing Alessandro Florenzi. Gerard Pique half-blocked his cross, but Mbappe lashed in the loose ball.

READ ALSO: Why Jonathan Won’t Be APC Presidential Candidate In 2023 – Saraki
Then, five minutes later, Moise Kean was left alone on a Paredes free kick and headed in at the back post. A slick counter with five minutes remaining, led by Julian Draxler and finished brilliantly by Mbappé the first opposing player with a Champions League hat trick at Camp Nou in over 23 years–made it four.