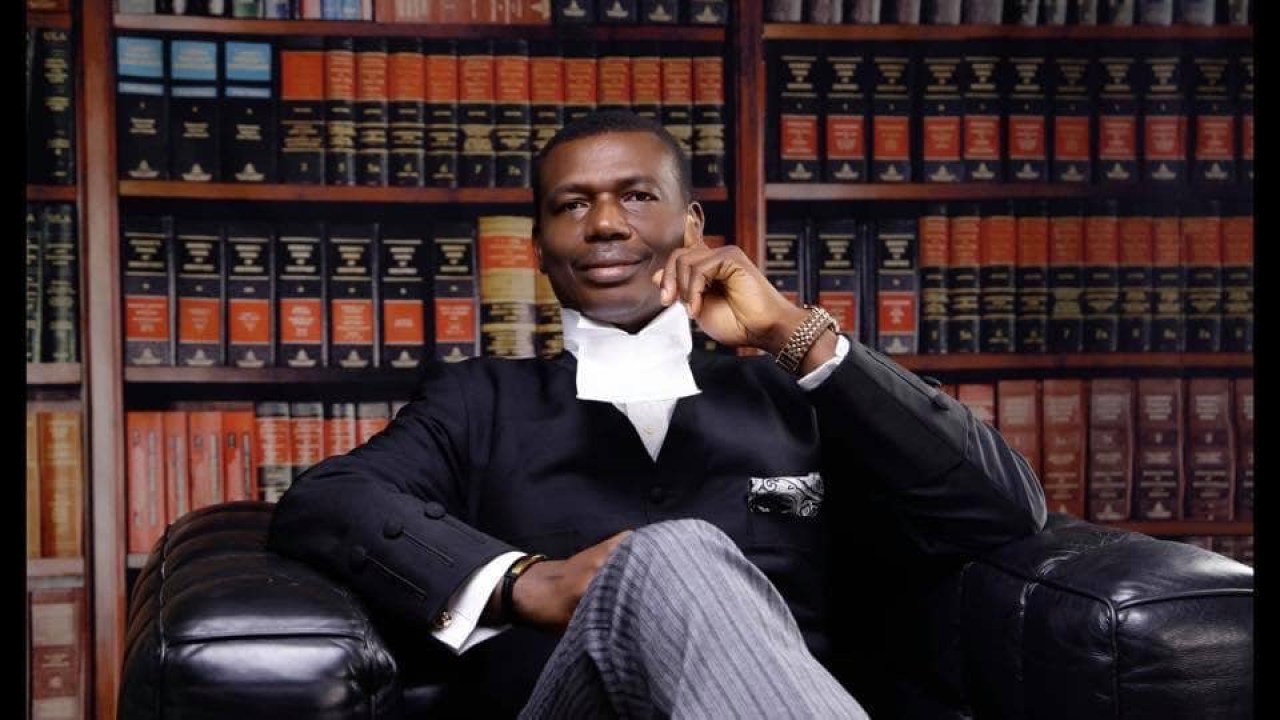 A member of the Lagos State EndSARS panel Ebun-Olu Adegboruwa, SAN, has cautioned against another wave of EndSARS protest at the Lekki Tollgate on Saturday 13 February.
The planned protest is against the decision of the EndSARS judicial panel to hand over the Lekki Tollgate to its owners.

Adegboruwa has now therefore come out to shed more light and offer counsel why the protest should not be embarked upon as it would be detrimental to the progress made so far by the panel.

Adegboruwa said: ” Whereas, it is reported in the news media that there are calls for protest and counter-protest, at the Lekki Toll Gate, slated for Saturday, February 13, 2021;

“The 1999 Constitution, in its section 39, has granted to every person, the right to freedom of expression, including the freedom to hold opinions and to receive and to impart ideas and information, without interference.

“Nevertheless, I will like to plead most passionately, that the protest and counter-protest be shelved, at least for now, based on the reasons stated hereunder.

“The Judicial Panel of Inquiry is still sitting and it is yet to make any finding or recommendations, on the Lekki Toll Gate Incident of 20th October 2020, beyond the majority and dissenting decisions of 6th October 2021, all of which are purely interlocutory.

“The alleged bloodshed, mayhem, repressions and violence of October 2020 in general, should not be encouraged to be repeated again. The Panels of Inquiry that were set up were all done in response to the EndSARS five for five demands. It will be good to await the decisions of these panels.

“A protest or counter-protest at this time may work to jeopardize the overall work of the panel, the witnesses appearing or to appear, the testimonies, the investigations or even affect its ultimate assignment.

“I’m concerned about the consequences of protests and counter-protests, at the same location, in relation to security and likely violation of COVID 19 protocols, given the rising wave of the pandemic, in Lagos State especially, where most economic, social, educational and other activities, are partially grounded, presently.
READ ALSO: Sunday Igboho Threatens Massive Protests as Govt Freezes Accounts
“The points made for and against interlocutory decisions of the panel have been noted and they will be collated for necessary action, in consideration of the final report of the panel.

“While the assignment of investigating the Lekki Toll Gate Incident of 20th October 2020 is yet to be concluded by the panel, it will be premature to proceed on it, as the basis of renewed calls for protest and counter-protest.

“It is safer for now, for the Lagos State Government and its agencies, the EndSARS group and indeed all those concerned with the Lekki Toll Gate Incident, to await the final report of the panel.

“I, therefore, plead that the protest and counter-protest slated for Saturday, February 13, 2021, or any other date, be put on hold …

“I appeal to all security agencies, especially the police and the army, both respondents before the panel, to embrace caution and demonstrate the utmost respect for the fundamental rights of all citizens, including protesters, counter-protesters and non-protesters alike.”