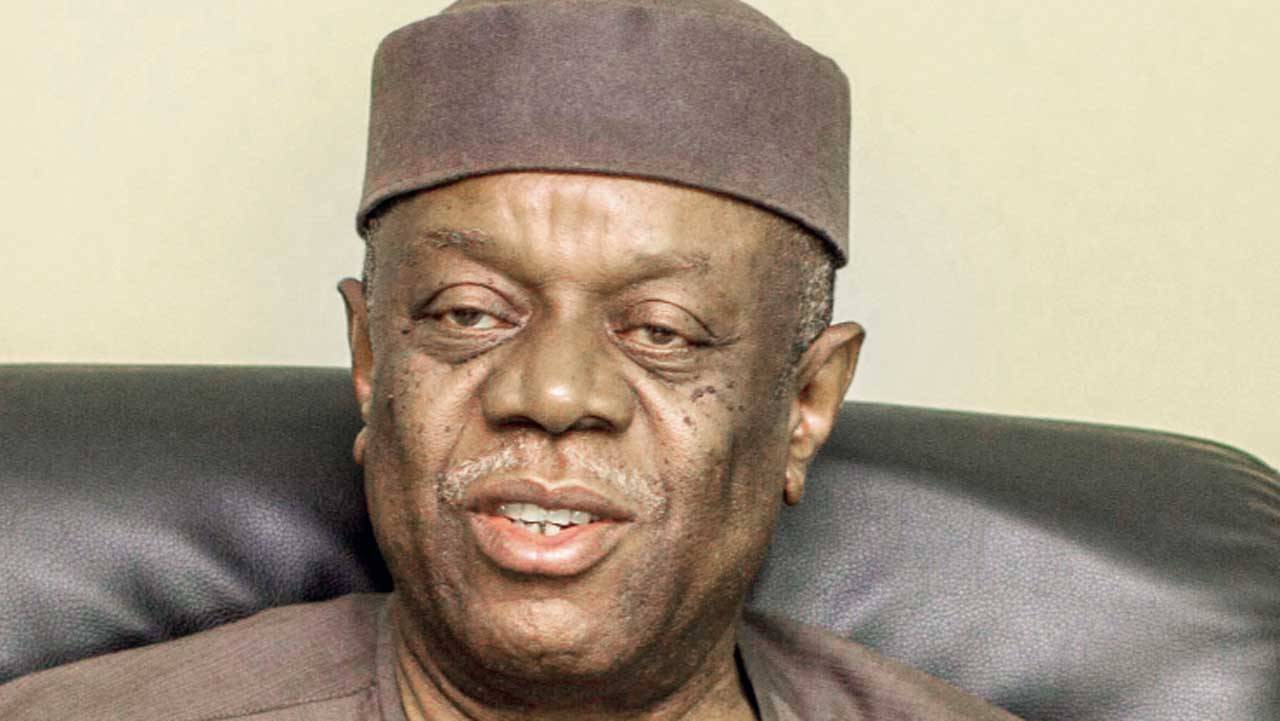 The coffin was draped in national colours. As expected, it was wheeled and later carried by uniformed officers of the Nigeria Air Force. He belonged there. He served his country through the force. He flew jets carrying top military leaders, fighting equipment and war cargoes. While on ground, he not only commanded troops and trained his successors; he was the Commandant of the Presidential Air Fleet. When the time came, he retired with full honours as a one-star general—Air Commodore.

Otuekong Idongesit Okon Nkanga was a gentleman without boundaries. As we watched his coffin being lowered into the grave on Saturday, amidst streams of tears, some personal memories of my encounters with him flooded back. Last year—I can’t recall the exact month—I was in Uyo, Akwa Ibom State. That was before the global lockdown, caused by Covid-19. At the Victor Attah Airport on my way back, as I walked into Ibom Air aircraft, I met him. We greeted warmly. Once again, I felt guilty of being in the state without at least, calling him. I apologised.

As we touched down in Abuja and I stepped out of the aircraft, there he was, waiting. We chatted as we moved on. I always admired his big smiles. As usual, he enquired about my family. Then he asked if I had a car waiting for me. Negative! I told him I would take an airport taxi. “Okay” he replied. We kept talking as I walked him to his car, rolling my box and laughing over his jokes. After the driver had put his luggage in the car that came for him, he demanded that my box be carried in as well. I told him where I was going was miles away from his destination. He responded, “Is it because I want to come and eat atama soup in your house today that you don’t want to ride with me?” We laughed, as I obliged.

On the way, I reminded him that 2023 would be an opportunity for his senatorial district to produce the next governor of Akwa Ibom. Was he interested? “No” he replied emphatically. “I won’t want to subject myself to that at my age. I have been there before; and I have helped enthrone two governors. I would rather continue to remain a king maker and give the young people opportunity to step forward.”

We talked about other things including his involvement in the Niger Delta politics. About half an hour later, we were at my gate. I felt privileged to be so honoured by him with a ride from the airport. That was the last time I saw him. I still remember his promise to return for lunch. Unfortunately, he won’t!

Retired Air Commodore Nkanga is a well known name in Akwa Ibom State. I got to know him through my friend and classmate, Soni Daniel. I can’t really recall the circumstances, but as time went on, I became relatively close to him. I recall an incident that has refused to leave my memory. It was in 1997. Soni and I were doing a book on Air Marshall Nsikak Eduok and decided it would be appropriate to interview Air Commodore Nkanga. We went to Abuja to meet him.
READ ALSO; Ehingbeti Will Drive Good Policy Environment, Attract Investment-Cardoso
On arriving his office, we realised he was just about leaving for the airport on his way to Akwa Ibom State. He received us joyfully and asked if we were going to stay until his return or we could fly back to Uyo with him and have the interview there. Of course, we refused to miss the free ride in the Air Force plane. I later confessed to him that I didn’t like the tiny aircraft. It felt as though one was flying on a banana leaf. Meanwhile, he was having fun opening up conversations with us; and I was more concerned about when the aircraft would reach Mobil Airstrip in Eket.

On retirement from service, Nkanga became deeply involved in Akwa Ibom politics. Before then, he had served as military governor of the state—for less than a year. He left indelible footprints. He was the peoples’ hero on strategic development. At a time revenue to the state was counted in a few millions of naira, he commissioned and built a modern secretariat complex; which was later named after him. Until his death, anytime he appeared at a public event, an unplanned applause would erupt, to the envy of others.

When the news broke some weeks ago that Nkanga was dead of complications arising from Covid-19, the entire state burst into tears. For once, ethnic division and political enmity were put aside as the state rose in unison to mourn one of its shining stars. Many of us were aware of his hospitalisation. We kept praying and hoping that he comes out with his trademark smile. As each day passed, we expected to hear the news of his discharge. We were hoping against hope. At the end, he took the last flight without a return ticket.

I recall that in 1998, Nkanga was billed to grace my wedding as the guest of honour. He wasn’t sure of catching up because he had a function to attend in Calabar. But something more interesting happened. On my return to Uyo after the traditional marriage, I was informed by a friend in the secret service that I would be arrested on my wedding day on the orders of the military administrator, the late Group Captain Joseph Adeusi, who was quoted as saying that I embarrassed him with “a distasteful story” in the state newspaper.

My informant disclosed that the service was in possession of my wedding programme; and that the only way I could escape arrest was to include in the programme, names of top military officers above the rank of colonels. He went ahead to give me details of the names in the programme that was yet to be printed. I almost collapsed. Based on his advice, one of the names I quickly inserted in the revised programme when he left was that of Air Commodore Nkanga, who at that time was Commandant of the Presidential Air Fleet. Others were two serving major generals.

About 48 hours later, I met with the secret service friend, along a bush track, as agreed. He came on a motorcycle; and simply repeated: “action stood down, action stood down” and told the bike rider to move on. Adeusi had backed out when he was informed that three generals were billed to attend the wedding. When I told Nkanga about this later, he laughed nonstop. He actually tried to catch up with the wedding, rushing in from Calabar. But he was a bit behind time.

Suddenly, the laughter has ended. The big smile has ceased. Death has taken him away from us. The last flight has soared into the skies. It is a one way flight. We will surely miss his company. But he would never be forgotten.