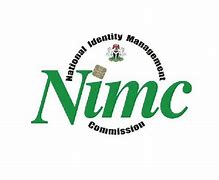 The completion date of the ongoing linking of national identification number (NIN) to SIM cards has been shifted to April 6, 2021.

The federal government extended the deadline after a virtual meeting of the ministerial task force on NIN-SIM linkage.

The meeting, the second high-level meeting of the ministerial task force, was held on Monday, and it was presided over by the Minister of Communications and Digital Economy, Dr Isa Ali Pantami.

It was earlier reported that the FG would extend the deadline for the registration for NIN and the linkage to SIM cards.

The high-level meeting reviewed the progress report of the ongoing NIN-SIM linkage exercise, following which, the deadline for linkage was extended to 6th of April 2021.

All members of the taskforce were present at the meeting, and they included the CEOs of NIMC, NCC, and NITDA, CEOs of all mobile network operators in Nigeria, Chairman of ALTON, CEOs of Spectranet, Smile, and deputy MD, Intercellular.

The FG had on December 15, 2020 declared that all SIM cards that were not registered with valid NIN on the network of telecommunications companies would be blocked after December 30, 2020.

Meanwhile, the FG did not carry out its threat of blocking SIM cards of subscribers with NIN on January 19. The FG unified the deadline, postponing the deadline to February 9 altogether.

Trump And The Limits Of A Failed Experiment: A Review Article With Obama’s Remarks To The African Union