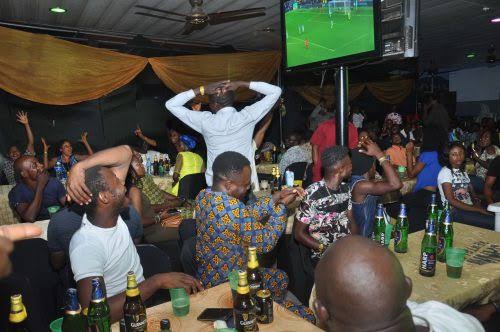 The Lagos State Sports Commission (LSSC) in partnership with the private sector has announced the establishment of ten viewing centres to enable residents of the state to have access to the ongoing Africa Cup of Nations, AFCON,  in Cameroon.

This was made known by the LSSC Director of Public Relations, Titi Oshodi-Eko, on Friday.

“When Nigeria took on Egypt in their first group match on Tuesday, all the centres were filled with Nigerians coming out in their numbers to show their patriotic support for their darling Eagles, who eventually won with 1-0,” it said.

“The idea of the private sector partnering with the State Government is to bring football closer to Lagos residents which will be more fun and entertaining as fans watch all the matches of the Africa Cup of Nations 2021 (AFCON).

“As part of this administration’s theme, the viewing centres will serve as an avenue to bring people together for a better world and this is what LSSC is doing with the AFCON Viewing Centres.”