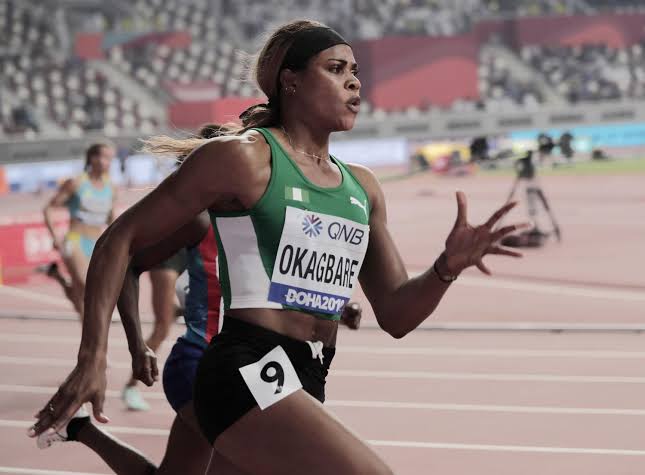 A new United States anti-doping law has caught up with its first offender who is a Texas therapist.

The therapist has been charged with supplying performance-enhancing drugs to Olympic athletes, including suspended Nigerian sprinter Blessing Okagbare.
US justice department officials in New York said Eric Lira, a 41-year-old “naturopathic” therapist based in El Paso, supplied drugs to two athletes for the “purpose of corrupting” the Tokyo Games.

The Nigerian top athlete Okagbare was suspended for doping on Saturday, July 31, 2021, at the Tokyo Olympics.

The anti-doping body said Okagbare tested positive for the prohibited substance in an out-of-competition test on July 19 – four days before the Olympics opened.
The case is the first time charges have been brought under the Rodchenkov Act — a law introduced in the United States in 2020 in the wake of Russia’s state-backed doping scandal.

US attorney Damian Williams said the charges announced Wednesday sent “a strong message to those who would taint the (Olympic) Games and seek to profit from that corruption.”

“At a moment that the Games offered thousands of athletes validation after years of training, Eric Lira schemed to debase that moment by peddling illegal drugs,” Williams said in a statement.

An unsealed indictment said the case arose from an investigation into efforts to supply Olympic athletes with banned performance-enhancing drugs such as human growth hormone and the blood-boosting drug erythropoietin ahead of last year’s Tokyo Olympics.

Investigators said Lira obtained misbranded versions of human growth hormone and EPO, along with other prescription drugs, from Central and South America, before bringing them into the United States to supply to athletes.

Although not named, details in the indictment clearly identify Florida-based Nigerian sprint star Okagbare as one of the athletes alleged to have used drugs supplied by Lira, AFP reports.