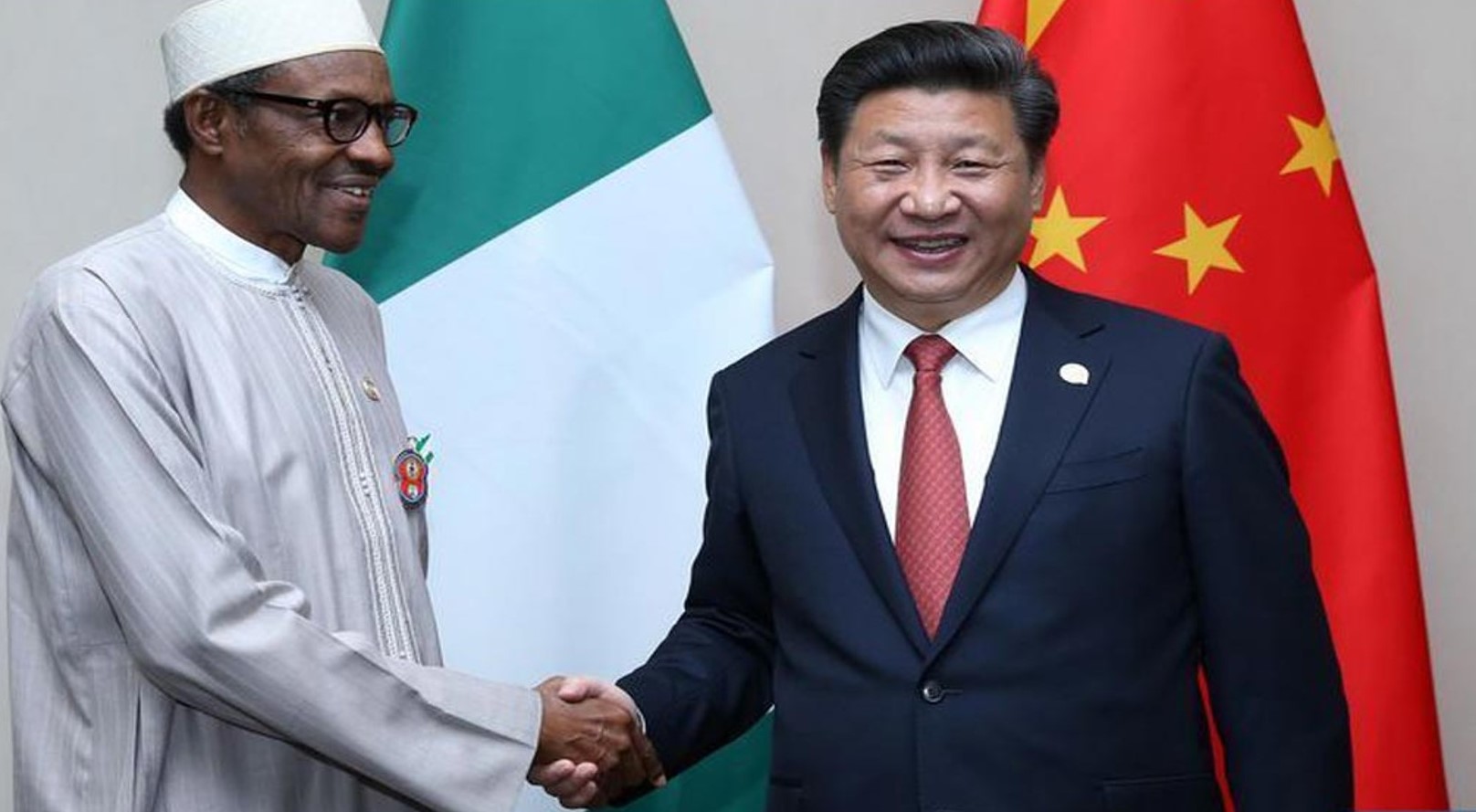 The China’s ambassador to Nigeria, Cui Jianchn, gave the assurance when he met with President Buhari.

He said that the government of Buhari should send young Nigerians to China to understudy the system and return to impact the Nigerian system.

“I am hoping that next year after COVID-19, I am thinking of a possibility of how we can get young people from Nigeria to go to China and learn from the Chinese side, get experience. I believe that if China can do that, Nigeria can also. We can apply the Chinese not only model but the way of eradicating poverty,” Mr Jianchn pointed out. “I think there is a need for the two countries to work on this poverty eradication. You know you have your goal. I think this is a very meaningful thing not only for Nigerian people but also for the international community,” he said.

The Chinese ambassador disclosed this on Tuesday in Abuja during the closing of the Nigeria-China Cultural week and award ceremony, a lineup of activities to commemorate the October 1 independence day of both countries.

Last week, the envoy revealed that his country was in talks with Chinese-owned banks to establish operations in Nigeria.

On celebrating China’s 72nd anniversary, the ambassador said the country had recorded robust growth and successes in its economy, innovation, poverty eradication, the ‘Belt and Road Initiative’, amongst others.

“This February 25, the Chinese president declared to the international community that we have accomplished the eradication of extreme poverty. I want to share with you that this is really the biggest achievement of the Chinese Communist Party and the Chinese as a nation,”

Mr Jianchn explained. “I will like to share with you that we can do this together because poverty elimination, reduction, or eradication really needs the leadership, and that has been shown that the Chinese president has a strong will.”

He mentioned that the relationship between the countries would continue to grow with strengthened ties in power, politics, economy, security, international cooperation, and people-to-people collaboration. 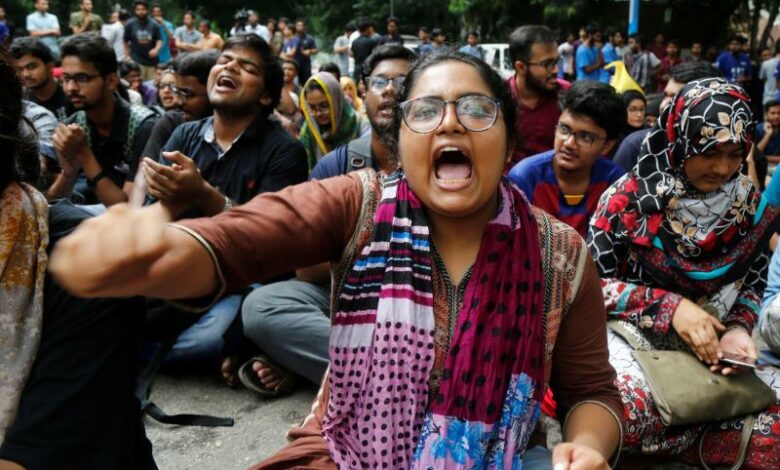 Twenty university students were on Wednesday sentenced to death by a Bangladesh court for the 2019 murder of a young man who criticised the government on social media.

The battered body of Abrar Fahad, 21, was found in his dormitory hours after he wrote a Facebook post slamming Prime Minister Sheikh Hasina for signing a water-sharing deal with India.

He was beaten with a cricket bat and other blunt objects for six hours by 25 fellow students who were members of the ruling Awami League’s student wing, the Bangladesh Chhatra League.

“I am happy with the verdict,” Fahad’s father Barkat Ullah told reporters outside court after the sentencing. “I hope the punishments will be served soon.”

Bangladesh University of Engineering and Technology alongside Fahad.

Three of the defendants are still at large while the rest were in the courtroom.

Faruque Ahmed, a lawyer for the defendants, said the sentence would be appealed.

“I am very disappointed at the verdict. It is not fair,” he told AFP.

“They are young men and some of the best students of the country. They were sentenced to death despite no proper evidence against some of them.”

In it, he criticised the government for signing an accord that allowed India to take water from a river that lies on the boundary the two countries share.

Fahad had been seen — in leaked CCTV footage that went viral on social media — walking into a dormitory with some BCL activists.

About six hours later, his body was carried out by the students and laid on the ground.

Protests in the days after Fahad’s murder called for the attackers to be harshly punished and for the BCL to be banned.

Hasina vowed soon afterwards that the killers would get the “highest punishment”.

The BCL has earned notoriety in recent years after some of its members were accused of killing, violence and extortion.

In 2018, its members allegedly used violence to suppress a major anti-government student protest.

Those rallies were sparked by anger over road safety after a student was killed by a speeding bus.

Death sentences are common in Bangladesh with hundreds of people on death row. All executions are by hanging, a legacy of the British colonial era.

In August, a court sentenced six Islamist extremists to death for the murders of two gay rights activists.

Sixteen people were handed the death penalty in 2019 for burning alive a 19-year-old student who accused her seminary’s head teacher of sexual harassment. 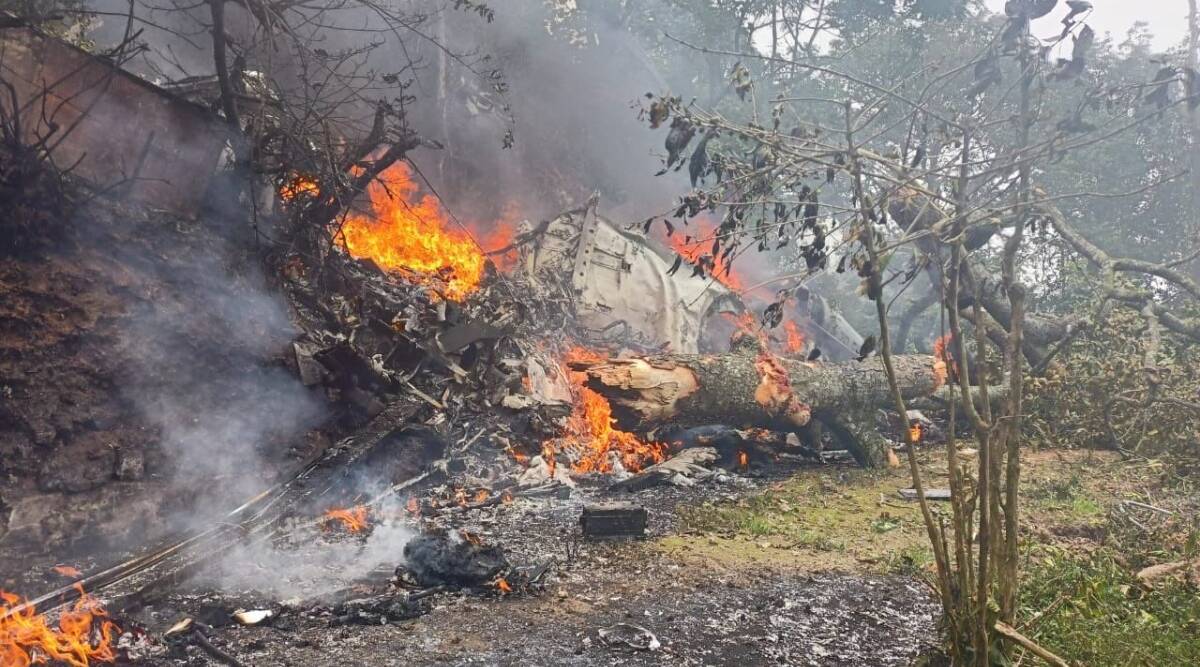 A helicopter carrying India’s foremost military officer, Chief of Defence Staff Bipin Rawat and his wife crashed near Ooty in Tamil Nadu on Wednesday. Details of the injured and of any possible casualties are awaited.

Sources told The Indian Express that at least three injured people from the crash have been taken to a nearby hospital, but their identities are not confirmed yet.

According to sources, Rawat’s staff and some family members were also on board in a Mi-series helicopter.

Rawat is the country’s first Chief of Defence Staff appointed on January 1, 2020. He was appointed the head of the newly created Department of Military Affairs in one of the most significant reorganization in Defence Ministry in decades.

He had served as the Chief of the Army for three years before taking over as the CDS. 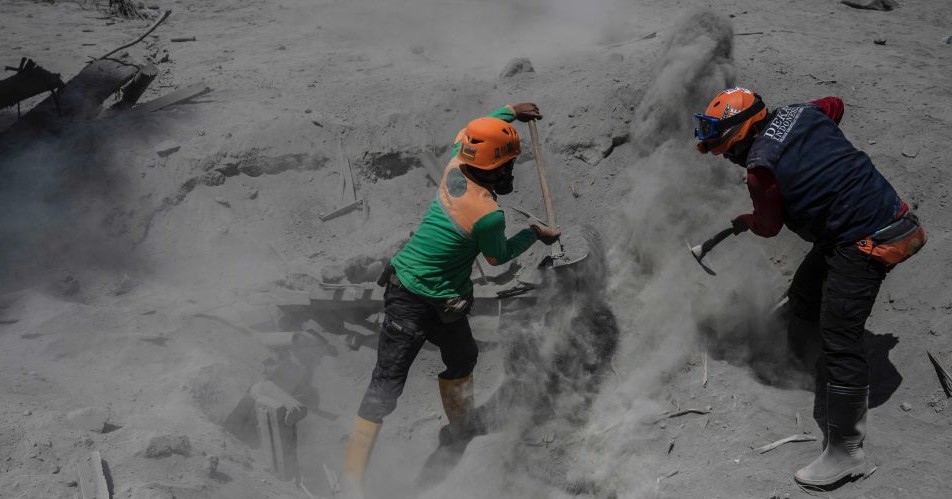 Over 34 lives have been lost to the eruption of Indonesia’s Mount Semeru volcano.

The mountain on the island of Java had thundered to life on Saturday, ejecting volcanic ash high into the sky and raining hot mud on villages as thousands of panicked people fled their homes.

The disaster swallowed entire homes and vehicles, blanketing villages such as Curah Kobokan in grey ash and leaving residents terrified of returning home.

“I’m traumatised, I asked my relatives if they were brave enough to go back to Curah Kobokan and they all said no, they’d rather sleep under a tree,” said Marzuki Suganda, a 30-year-old who works at a sand mine in the area.

“When the eruption happened, I really thought I was going to die here.”

Rescuers have been battling dangerous conditions since the deadly weekend eruption, searching for survivors and bodies in the volcanic debris, wrecked buildings and destroyed vehicles.

Search crews deployed dogs on Tuesday to aid the operation.

“The latest update from the ground… (is) 34 people died, 17 are missing,” the disaster agency spokesman Abdul Muhari told AFP.

Almost 3,700 have been evacuated from the affected area, he added.

There were three small eruptions on Tuesday, each spewing ash around a kilometre (3,300 ft) into the sky, authorities said.

The task for rescuers was made more difficult by the instability of the volcanic debris.

“What we are afraid of is the ground being cold outside but still hot inside,” said police officer Imam Mukson Rido.

Officials have advised locals not to travel within five kilometres (3.1 miles) of Semeru’s crater, as the nearby air is highly polluted and could affect vulnerable groups.

Indonesian President Joko Widodo said during a trip to the area Tuesday that the government will look into moving homes away because of the threat posed by the volcano.

“I hope after things calm down we can start both fixing infrastructures and think about the possibility of relocation from areas we believe to be dangerous,” he told Indonesia’s Metro TV.

“Earlier I got a report (that) there are around 2,000 houses that must be relocated.”

Indonesia sits on the Pacific Ring of Fire, where the meeting of continental plates causes high volcanic and seismic activity, and the country has nearly 130 active volcanoes.