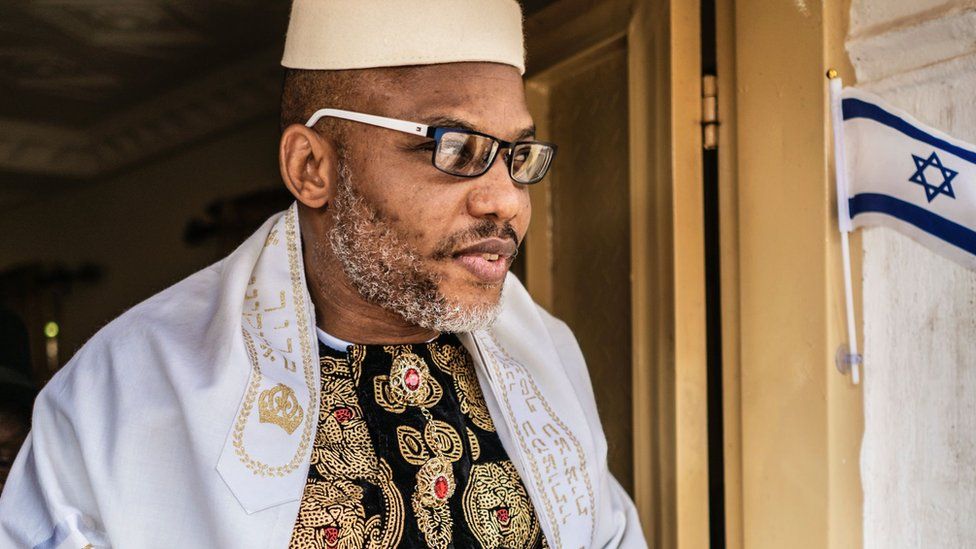 The Federal Government was absent from court on Tuesday at the opening of the hearing of the fundamental rights suit filed by Mazi Nnamdi Kanu, leader of the proscribed Indigenous People of Biafra (IPOB) at the Abia State High Court.

Consequently, the case has been adjourned to October 7 .

There was a heavy presence of security agents at the court premises located at Ikot Ekpene Road, Umuahia, the state capital, on Tuesday morning as a vacation judge, Justice KCJ Okereke was set for the hearing of the case.

The counsel to Kanu, Aloy Ejimakor, had on August 27 2021 filed the cases demanding that the FG return the secessionist to Kenya where he was “abducted” from.

During the supposed hearing, it was discovered that out of the eight respondents, only two – the DSS in Abuja and Umuahia – have filed their reply to the suit but their processes were filed out of time which promoted Justice KCJ Okereke to adjourn the case.

While speaking with journalists, Ejimakor expressed confidence in the capacity of the Abia High Court to uphold the law by enforcing Kanu’s human rights.

Ejimakor said : ” There is an unbroken chain of federal government’s violations of Kanu’s constitutional rights that began with the lethal military invasion of his home in Umuahia and his flight to safety in 2017 and his extraordinary rendition to Nigeria in late June 2021”.