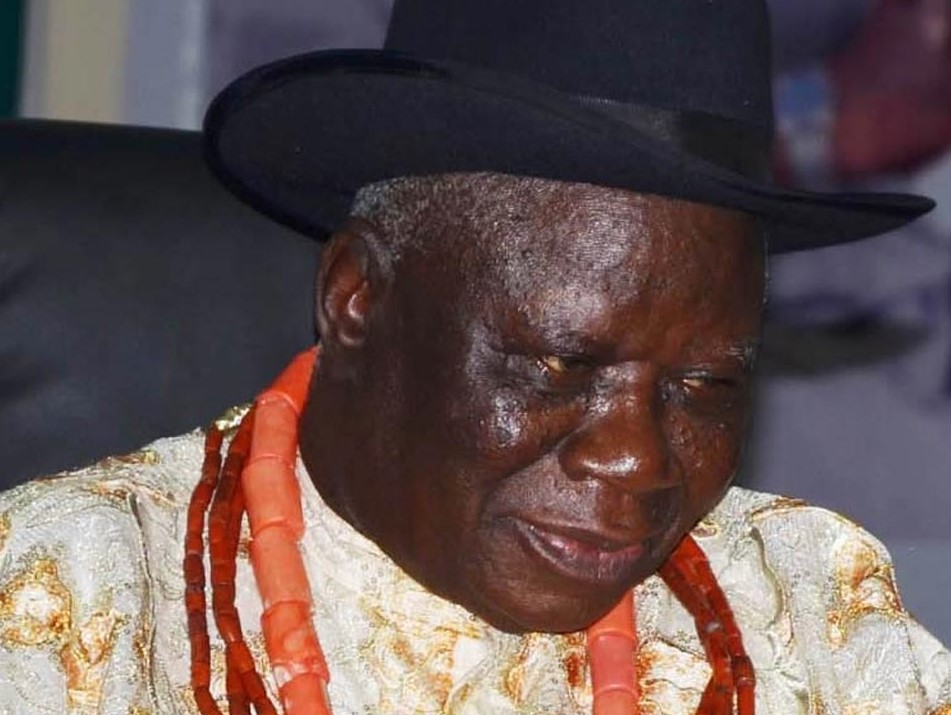 President Muhammadu Buhari’s plan to establish a naval base in Kano State has been condemned as another evidence of his nepotism and parochialism.

Indeed, elder statesman and foremost Ijaw leader, Chief Edwin Clark, has criticised the Chief of Naval Staff, Vice Admiral Awwal Zubairu, over the Federal Government’s plan to establish the naval base in Kano .

In an open letter addressed to Zubairu on Monday, Clark decried the approval of a naval base in Kano, saying the move is one of the nepotistic actions of the president.

It was earlier reported that the Kano State Governor, Abdullahi Ganduje, asked for the visibility of the Nigerian Navy to strengthen security in the state, a request that led to the approval of the establishment of a naval base in the state. He had also allocated 100 hectares of land for the project.

But in his letter titled, ‘A Naval Base In Kano In The Heart Of The Sahel?’, the foremost Ijaw leader described the project as “an example of putting a square peg in a round hole.”

He said :“That a new Naval Base is being built in the middle of the Sahel which the entire world knows is presently under threat of fast-spreading desertification is totally ill-conceived and with all due respect, parochial.”

Clark stated that the government should set up coastal areas in the Niger Delta where much of Nigeria’s shoreline exists, adding that it is ridiculous to build a naval base in Kano when Bayelsa, Delta and other coastal areas have no functional naval base.

He added: “If more Naval Bases are to be set up in the country, what has happened to the coastal states of Nigeria, particularly in the Niger Delta area where much of Nigeria’s shoreline exists and needs to be protected?

“I believe you know that at present there is no serious Naval Base in such serious places such as Akwa Ibom, Bayelsa, Delta and Edo States.

In Delta State in particular, major coastal towns such as Sapele, where there is need for a naval base, it is sad that there is no functional one. There used to be a naval base there, but for reasons best known to the Federal Government, it was downgraded to a training school, and in fact, almost abandoned.

“The so-called Warri Naval Base is nothing to write home about as today, the base is not functioning as it ought to be. Large navy warships which used to patrol the waters, providing protection, can no longer do so due to the fact that the place has stilted and the Federal Government has refused to dredge it.

“Bayelsa State is entirely surrounded by the Atlantic Ocean and the River Niger, yet there are no naval bases there to protect the shores of Nigeria and the oil companies. For instance, the Bonga Oil Field which is the largest oil field in Nigeria is in Bayelsa State. Two riverine communities, Agae and Amatu communities, are at the edge of the Atlantic Ocean, where oil companies are located yet there is no naval base to protect them. The people are left to their fate. The same can be said of Akwa Ibom and Ondo States.

“The question thence is, for instance, how possible will it be to navigate a navy warship through the waters of Lagos to the desert naval base in Kano which you want to build? Or is there a waterway to take one from Lagos to Kano? Or you want to commit huge scarce resources to create artificial ocean and rivers in a country that is so indebted? You think because you control the government other Nigerians can be treated with impunity as second class citizens?”

Continuing, Clark stated: “The citing of a naval base world over, is mainly for the provision of security along the waterways of the coasts in order to provide security of a nation’s internal waters and its territorial integrity. And this is done where there is water and not in the heart of dry land.

“It is even difficult to decipher and more curious why you intend to crowd the north which is already saturated with heavy military infrastructure, especially in places like Kaduna and Kano States. (There must be limit to nepotism and parochialism).”