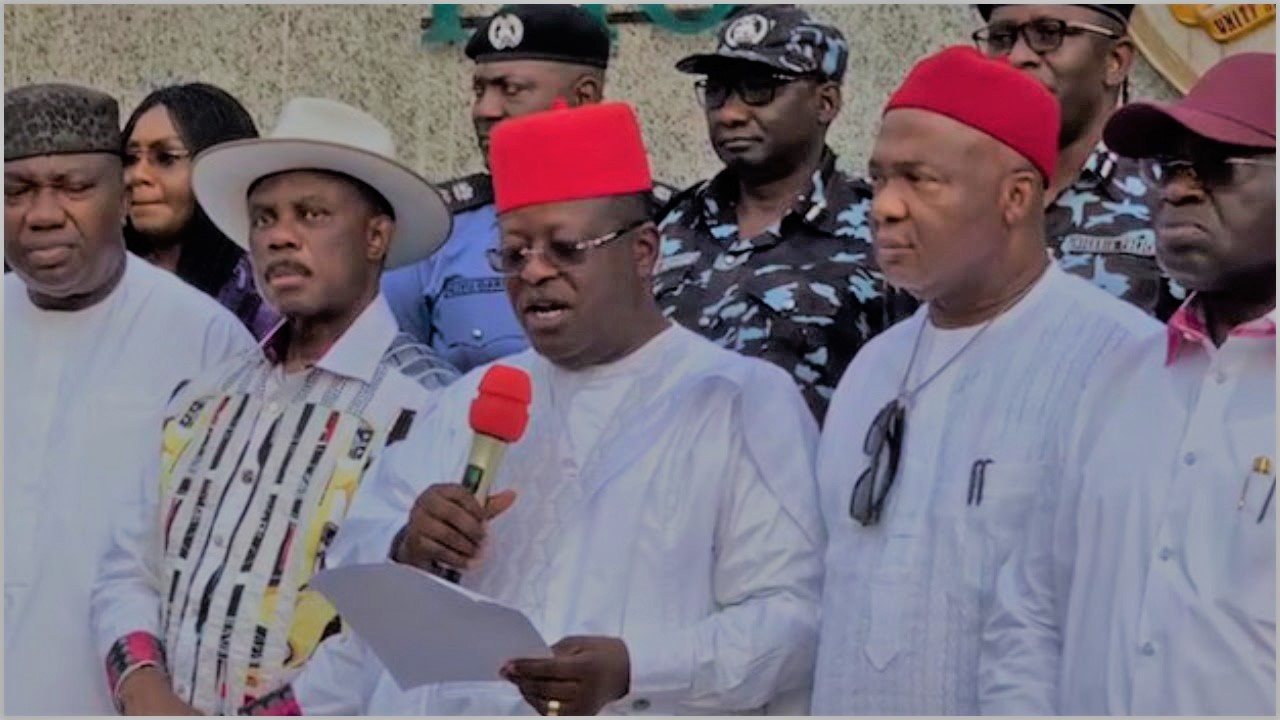 The Human Rights Writers Association of Nigeria (HURIWA) has urged the Igbo to blame South East States’ governors and some rogue officers in the security forces for the continuous violence trailing the alleged enforcement of sit- at-home orders which the Indigenous Peoples of Biafra (IPOB) has since denounced.

Besides, HURIWA says that it is becoming clearer that certain forces working against the economic advancement of the South East region are behind the continuous deployment of crude violence against innocent Igbo citizens under the guise of enforcement of the sit-at-home on Mondays.

According to a statement by the national coordinator of HURIWA, Emmanuel Onwubiko, the secret police, the DSS and the military have continued to accuse the IPOB of all sorts of atrocities but have failed to support their accusations with empirical evidence.

To the rights group, it is in the character of the security institutions to resort to self-help, subterfuge and blackmail such as the sponsorship of armed hoodlums so as to try to find any kind of support for their weird and phantom allegations against the already banned IPOB.

The group has therefore asked Nigerians to be vigilant and rational and never to be hoodwinked into accepting the lies bandied about by the security forces against IPOB.

HURIWA said: “We invite all rational thinking Nigerians and especially the over 60 million citizens of Igbo extraction to take special note that some members of the deep state embedded in some of the security forces are funded with stupendous budgets to continue to kill innocent Igbo citizens under the guise of enforcement of the so- called sit- at- home order which the authorities of the proscribed Indigenous Peoples of Biafra (IPOB) have through their recognized spokesperson has denied that IPOB is behind this economically strangulating and idiotic order.”

HURIWA lamented that because the political leadership of the South East is already infiltrated by fifth columnists working against the interets of the Igbo, the South East governors are bereft of any sort of collective bargaining measures to bring about lasting peace in the region.

It said that “it is likely that one or two of the Southeast governors are actively conniving with the members of the deep state and the security forces to destabilise Igbo region so they can blame IPOB.

“HURIWA is therefore asking the Igbo citizens of Nigeria to unite and investigate their governors some of whom have displayed open hatred for the detained leader of the proscribed Indigenous Peoples of Biafra (IPOB) Mazi Nnamdi Kanu and are well known to have procured policemen to kill at will alleged members of the peaceful Eastern Security Network.

“It is possible that officials of the Security Forces are behind the sabotage against the economy of the South East Nigeria by funding violent street urchins and hoodlums to unleash violence and bloodletting just so the security forces can find the justification to then blame IPOB or ESN for terrorism.”

HURIWA cited “the example of the Anambra State governor Mr. Willie Obiano who refused to fund these destabilization plots against IPOB and ESN and who has used official resources to successfully stop hoodlums from unleashing violence on Monday in the name of IPOB whereas it is clear that the violence is totally unrelated to the Indigenous Peoples of Biafra (IPOB).

“We are asking Ohanaeze Ndigbo headed by Professor George Obiazor and all credible Igbo groups to unite and set up independent and privately conducted forensic investigation so as to ascertain the undesirable elements causing havoc and chaos and blaming their devilish acts on IPOB which has since dissociated itself from the illegal sit-at-home order and the violence.”

HURIWA recalled that “for the umpteenth time the IPOB has denied involvement in the enforcement of a sit-at-home exercise in the South East, saying it will deal with those behind it.

“The group in a press release by its publicity secretary, Emma Powerful said it had no hand in the enforcement of the exercise, saying it has long suspended it.

“We the global family of the Indigenous People of Biafra (IPOB) ably led by our great leader Mazi Nnamdi Kanu, wish to reiterate once again, that we have no other sit-at-home order after 14th September.

“Any other purported sit-at-home including the suspended weekly sit-at-home on Mondays does not exist in the dairy of IPOB. In fact, after September 14, there is no other sit-at-home this week. Any contrary news or speculations to this effect should be ignored’, he said.

“He said anybody trying to enforce any sit-at-home order using the name of IPOB is a saboteur, and does so at his peril.

“If we catch anybody disturbing the peace of Biafrans or residents in Biafra land under the guise of enforcing non-existent sit-at-home order, such a person will regret his actions because he will receive the reward of traitors.

“IPOB is a responsible organization with reasoning and empathy. We cannot be part of the problem we are trying to solve. We cannot join the enemies to compound the woes of our people we are fighting to liberate,’ he added.

“It said the ‘every Monday’ sit-at-home was suspended because of the economic implications it has on the people, and that it listened to appeals by the people and reviewed their stance on the matter then.

“That was why we reduced the sit-at-home protests to the days our leader, Mazi Nnamdi Kanu will be making appearances in court. That is enough for now and we stand by it. Anybody trying to impose another sit-at-home order on our people or enforce illegal or imaginary sit-at-home is not IPOB, and must be dealt with. Such a person(s) are working with the enemies to disrepute IPOB, and we won’t tolerate such stupidity.

“On this note, IPOB strongly condemned the barbaric act by hoodlums and mentally deranged fellows who disrupted a WAEC exam in a school in Imo State on Monday. What a stupid madness! Whoever was behind such barbarity must be made to pay for their actions.

“IPOB leadership is hereby promising to replace those motorbikes burnt in the school to their owners and rebuild school blocks burnt by hoodlums in the name of ESN and IPOB volunteers, this is not to portray or indicate that IPOB committed the heinous crimes against our people and promise to set up a task force to checkmate those parading themselves as IPOB volunteers and those committing this crime against humanity and our people,’ ” the group declared.

HURIWA therefore insists that IPOB is not behind the violence in the South East of Nigeria.

Six Nigerians Named As Financiers Of Boko Haram, Others 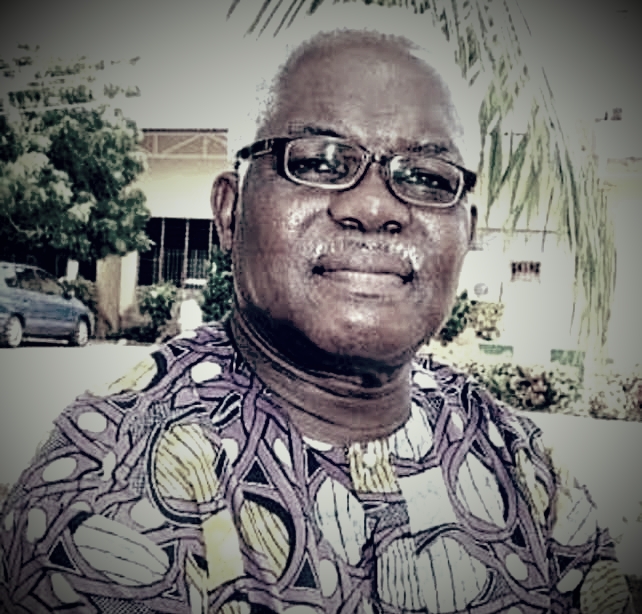 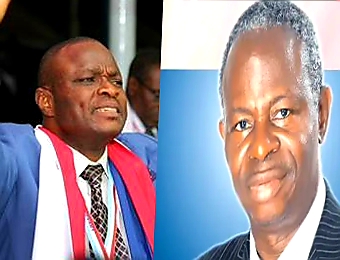 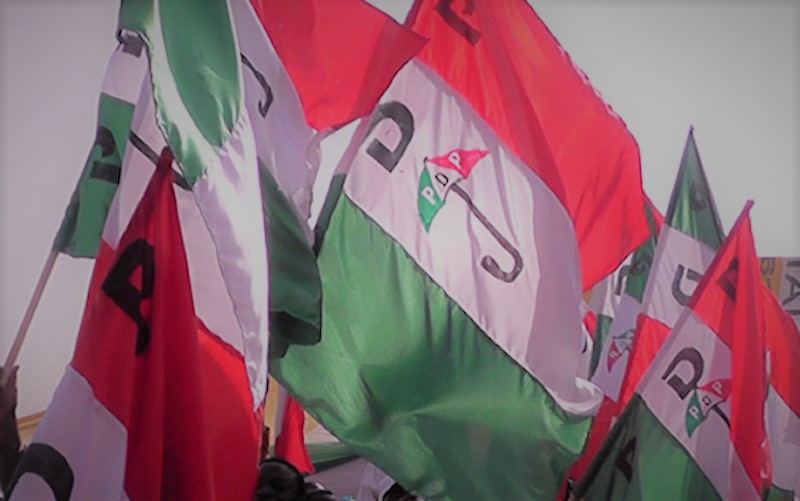