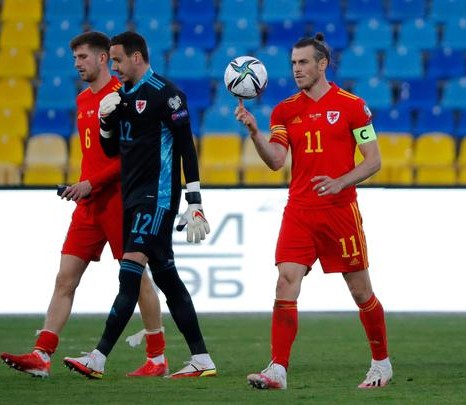 The win was Wales’ second in three games in Group E and moves them up to third, one point behind the second-placed Czech Republic with a game in hand.

The group winners qualify automatically for the 2022 finals in Qatar with the runners-up heading into the play-offs.

Belgium lead the table with 10 points from four matches and host the Czechs later on Sunday.

“Qualification is alive, we lost to a very good Belgium team but it is important we win every other game,” Bale told Sky Sports.

Bale, who has broken back into the Real Madrid team this season under Carlo Ancelotti, gave the nominal visitors a fifth-minute lead from the penalty spot in Kazan.

The game was being played in Russia due to EU and UK sanctions against the Belarusian government.

But Lokomotiv Moscow’s Vitali Lisakovich levelled with a spot-kick just before the half-hour mark, and then set up Pavel Sedko to turn the game on its head a minute later.

Wales had to be patient in the second period, only equalising in the 69th minute through another Bale penalty.

Cardiff City youngster Mark Harris, making his debut as a substitute, caused havoc in the Belarus defence in stoppage time, with his shot saved by Sergei Chernik.

But the ball eventually found its way to Bale and his snap-shot squirmed under the body of the Belarus goalkeeper to spark wild Welsh celebrations.