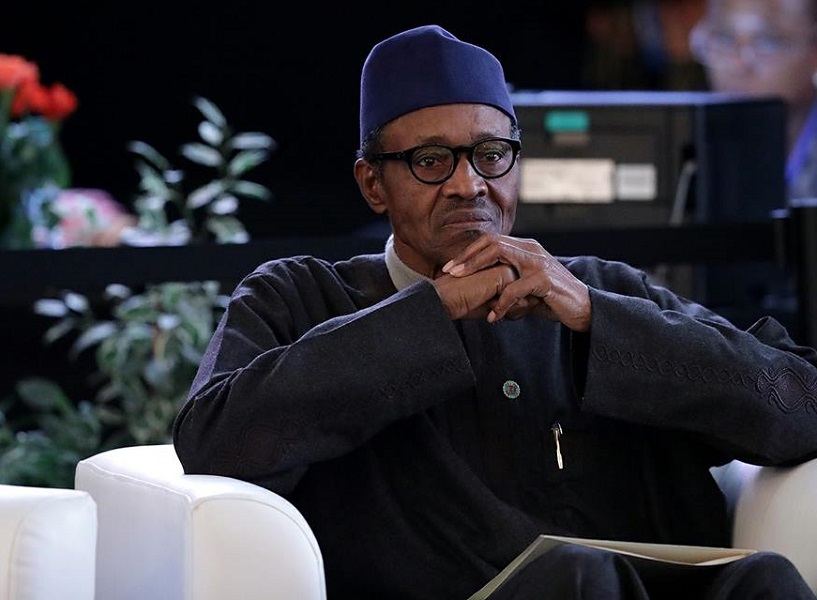 Worried about the increasing terrorism and kidnappings in the northern part of the country, the civil rights advocacy group, Human Rights Writers Association of Nigeria (HURIWA) has warned that the nation is sliding into a huge ungoverned space.

It said this situation required the intervention of world leaders and the United Nations to stave off the collapse of constitutional democracy in the country.

HURIWA believes that the reason these attackers are becoming much more daring is the toxic body language of those in control of the political layers of power in Abuja alongside the dangerous fact that all the strategic security positions are headed by persons who share the same ethno-religious orientation with the majority of the armed terrorists who are threatening the national security and are getting away with their evil.

According to HURIWA, since President Muhammadu Buhari does not believe in federal character in the appointment of security chiefs and since his persistent and serial nepotistic appointments in the last six years have brought the nation to a near-failed state, the next best option is to plead with him in the name of God to resign honourably.

HURIWA said that against “the backdrop of the incessant kidnappings of citizens by mostly armed Fulani terrorists who seem to be enjoying the Federal Government’s protection through deliberate inaction and ‘audio/fake military attacks in the forests’ following the refusal of President Muhammadu Buhari to classify them as terrorists and to direct the armed forces of Nigeria to sweep them off the deep forests of Zamfara, Kaduna and Niger States, it will be more honourable for President Muhammadu Buhari to tender his letter of resignation if he still loves to see Nigeria remain unbroken.”

The rights group in a statement by the National Coordinator Comrade Emmanuel Onwubiko and the National Media Affairs Director Miss Zainab Yusuf regretted that “since 2015 the nation has increasingly become one huge ungoverned space following the abdication of their constitutional functions by the President and the commander-In-Chier of the Armed Forces of Nigeria Muhammadu Buhari who has rather chosen to focus on promoting the primordial agenda of his religion and his Fulani ethnic nationality to the detriment, disadvantage and endangerment of the territorial integrity and national security of Nigeria.”

The rights group said that ” the deeper cause of the national security crises facing Nigeria is the absence of an independent National Assembly since 2019 when the lackeys of President Muhammadu Buhari were elected as Senate President and Speaker of the Federal House of Representatives.

“President Buhari’s failure and unwillingness to decisively deal with the armed Fulani attackers because of ethno-religious consideration is the motivation needed by terrorist organisations like the Miyetti Allah Cattle Breeders Association to continue to threaten states that have decided to pass legislation banning open grazing of cattle.

” The Nigerian president at the moment has decided to fruitlessly chase after the private interest of cattle owners who are his kinsmen whilst neglecting his core function of protecting the territory of Nigeria from invasions by such armed groups that have successfully overwhelmed states like Katsina, Zamfara, Kaduna and Niger states just as armed Fulani insurgents have continued to get the Federal Government’s cover even as they launch many daredevil attacks to communities in Benue State in North Central Nigeria and the largely Christian- dominated Southern Kaduna State.”

HURIWA recalled that terrorists suspected to be bandits had on Saturday abducted the wife and two children of a lawmaker representing Bakori at the Katsina State House of Assembly, Dr. Ibrahim Aminu Kurami.

It quoted the media as stating that a family source, Muhammad Kurami, told  newsmen that the assailants stormed the village around 9:00 p.m. on Saturday and attacked the senator’s residence. “The bandits drove in on motorbikes and cars around 9:00 p.m.on Saturday night, blockaded the Funtua-Katsina road for minutes while the abduction of the Kurami family went on at his home.”

HURIWA quoted the eye witness as stating as follows: “Immediately after Ishaa’i prayers we started hearing gunshots in the town, before we knew it they already positioned themselves in the strategic places of the town to avert any possible move by the residents to engage them. They went straight to the home of the honourable member and made away with his wife and two children. A neighbor of the lawmaker, Malam Ubaidu Abdulhakim, was shot by the bandits while he was trying to help the family.”

HURIWA recalled that Dr. Ibrahim Kurami was elected lawmaker last December in a bye-election following the death of the member representing Bakori Constituency in the State House of Assembly..

The gunmen had attacked the palace of Ahmed Aliyu around 9:30p.m on Saturday and abducted him at gunpoint.

Source said that the terrorists attacked the palace carrying guns and cutlasses; and went straight to the traditional ruler’s apartment where he had already retired.

Aliyu is said to be the 16th Dodo of Wawa and a PhD holder in environmental science from a Malaysian university . He is in the 12th year of his reign.

The civil rights advocacy group carpeted the presidency and the National Assembly for failing to take lasting measures to combat these terror attacks , and the president for failing to officially list these armed Fulanis in those forests of Katsina, Zamfara, Kaduna and Niger States as terrorists and to seek clear, unambiguous international interventions by the United Nations and such nations like the United States, United Kingdom and Canada.

HURIWA said it would “not be shocking if the terrorists are able to take over the newly purchased Tucano military jets because the current administration is unwilling to wage a law-based war on terror against the armed Fulani attackers.”