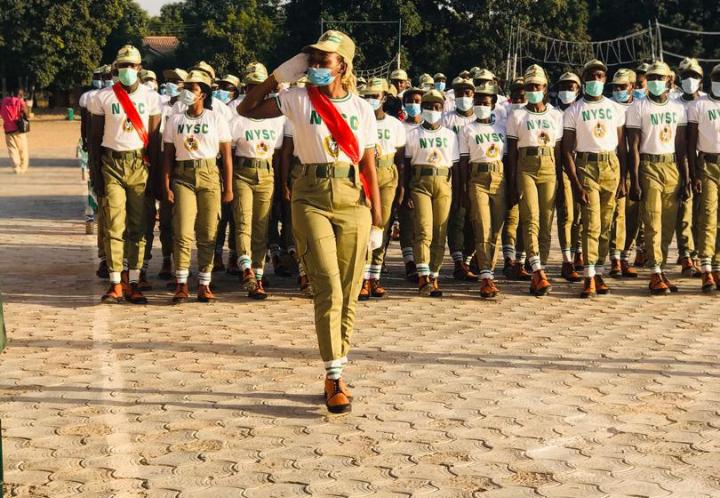 Leading civil rights advocacy group, the Human Rights Writers Association of Nigeria (HURIWA) has described as fake news the claim by the Minister of Information and Culture about what he calls the high rate of COVID-19 positive cases found in the National Youth Service Corps Scheme across the country.

HURIWA recalled Lai Mohammed as sayjng on Wednesday that the number of COVID-19 cases recorded at National Youth Service Corps, and NYSC camps across the country was far more than reported.

According to a statement by the National Coordinator of HURIWA, Emmanuel Onwubiko, consequent  upon the fictitious claim of the information  minister the Nigeria Medical Association, NMA, in a swift reaction, called for the suspension of camp activities if the government cannot vaccinate all youth corps members. Also, critical stakeholders in the education sector blamed negligence on the part of officials for the reported surge in COVID-19 cases in orientation camps run by the NYSC across the country but expressed differing opinions on whether or not the camps should be shut down.

HURIWA also said the NYSC Director of Press and Public Relations, Adenike Adeyemi, had earlier told Nigerians that there was no COVID-19 positive corps member in any of the agency’s 37 orientation camps nationwide but the media quoted Lai Mohammed as saying that if more tests were conducted in orientation camps, “there will be more cases.”

Reacting to the statement credited to Mohammed,  HURIWA accused the minister of spreading fake news just as the rights group cautioned the Federal Government to adhere strictly to competency and merit in permitting public officials to speak on certain specialised areas because the mimister of information lacked the requisite competence and qualifications to give official statements on COVID-19 pandemic, especially when the president has in his cabinet two qualified medical practitioners as health ministers.

“Speaking as an independent non- governmental organisation with no strings attached, we believe that the National Youth Service Corps Scheme has adopted strong proactive and preventive measures to keep the participants of the National Youth Service Corps Scheme safe from all infections due to the existence of functional clinics and test kits in all camps as made evidently available by the hierarchy of the scheme. Is it possible that the NYSC that has organised a series of health-related services with abundant number of young doctors and nurses in many communities benefiting hundreds of thousands of rural dwellers could let down their guards and allow COVID-19 pandemic to sweep through their camps? I don’t think so. The minister of information should stop spreading fake news please.”

HURIWA recalled that like many good Nigerian observers and patriots, it has only just been made aware through credible news channel of News Agency of Nigeria that the National Youth Service Corps has once again restated its commitment to the welfare of corps members, including the provision of conducive environment to enable them to develop their potential for national development.

He said that the clinic was anchored on the need to ensure the well-being of all corps members — a key policy thrust of the scheme as they are a critical national asset that must be taken care of.

The director-general implored the camp participants to effectively utilise the clinic with adequate maintenance of its facilities.
He also directed that the clinic should provide medical services to the host community.

The construction of the clinic was initiated in 2018 by corps Doctor Ijirotimi Gbenga, a graduate of Obafemi Awolowo University, but could not be completed due to paucity of funds.

It was later taken over and completed by the NYSC Ondo State Secretariat, with support from good-spirited individuals from lkareland.

Addressing the corps members, the director-general charged them to embrace skill acquisition and entrepreneurship development programme of the scheme that would make them become job-creators, instead of trudging the streets of Nigeria in search of scarcely available white collar jobs.

“Salaried jobs are scarce to get nowadays and l urge you to key into the in-camp and post-camp training that would make you self-employed and wealth creators.

“Efforts are on-going to establish NYSC Trust Fund that will provide start-up capitals for all corps members as you are exiting service so that you can establish your vocational business in line with the skills you acquire during the service year”, he said.

He added that many of their predecessors that embraced skill acquisition during their service year benefitted from grants to boost their businesses through the Central Bank of Nigeria, Access Bank, Heritage Bank, Bank of Industry, NYSC Foundation among others.

Before leaving the camp the director-general commissioned the Skill Acquisition and Entrepreneurship Development Centre where he admonished the corps members to emulate their predecessors.

While in Ikare-Akoko camp, General lbrahim also laid the foundation of the Camp Officials’ hostel. NYSC Ondo State Coordinator, Mrs Nnenna Ani informed the director-general that the corps members had been in high spirits  and comporting themselves very well as they adjust to the regimented camp life.

“They are disciplined and courteous, readily receiving instructions. Equally, both the NYSC and non-NYSC officials have been very much alert to the task of providing practical step by step training to the corps members so as to prepare them for their roles in nation building”, Ani said.

HURIWA also carpeted the Nigerian Medical Association for calling for the closure of NYSC Camps due to the fear of COVID-19 just as their source of information is the statement by the minister of Iformation which is at best the greatest fake news of the day. HURIWA challenged the NMA to conduct evidence-based research on COVID-19 in the NYSC camps before jumping to any sort of conclusion which is unscientific and speculative.