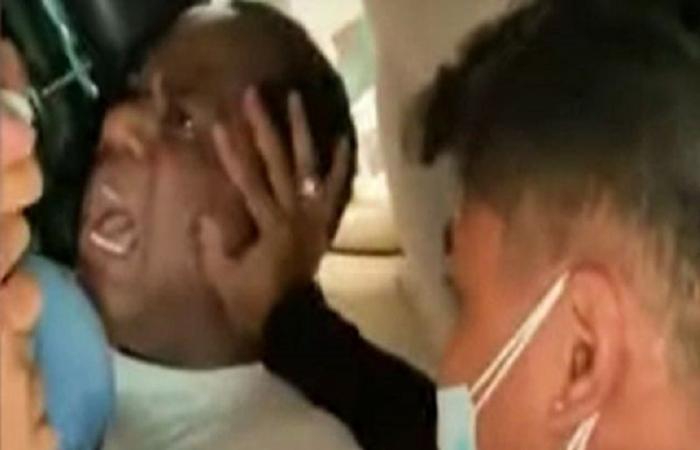 Piqued by the attack on a Nigerian ambassador in Jakarta, the Association of Foreign Relations Professionals of Nigeria has asked the Indonesian envoy in Abuja to return home .

The group commended the recall of the Nigerian Ambassador to Indonesia, Usman Ogah .

The association comprising serving and retired ambassadors, asked the Indonesian Ambassador to Nigeria, Dr Usra Harahap, to return to Jakarta “until satisfactory explanation and necessary restitutive steps are taken by Indonesian authorities to assuage frayed nerves.”

Describing the assault and strangulation of a Nigerian diplomat, Mr Mohammed Buba, by Indonesian Immigration officials as undiplomatic and uncivilized, the group said it endorsed the declaration of Indonesian embassy staff in Nigeria persona non grata, which would lead to their recall to Jakarta.

In a statement on Wednesday titled ‘Undiplomatic and uncivilized treatment of a Nigerian diplomat in Indonesia,’ AFRPN President, Amb Gani Lawal, called for the sacking of the immigration officials.

A video had shown Buba being strangulated and pinned down by Indonesian officials in a moving car. He could be heard shouting, ‘I can’t breath’ as the men assaulted him.

The Minister of Foreign Affairs, Geoffrey Onyeama, subsequently summoned the Indonesian envoy on Monday, and also recalled the Nigerian ambassador to the Asian country.

But Lawal in his statement said the assault on Buba was a violation of Article 29 of the Vienna Convention on Diplomatic Relations, 1961.

He said: “The association recommends the immediate disengagement of all the Indonesian immigration officers involved in such uncivilized manner to desecrate the age-long tradition of inviolability of diplomatic agent and their family and property as provided by Article 29 of the Vienna Convention on Diplomatic Relations ( 1961) which states that :“Diplomats must not be liable to any form of arrest or detention. They are immune from civil or criminal prosecution ”

“The AFRPN commends the immediate step taken by our Ministry of Foreign Affairs in summoning the Indonesian ambassador before receiving the full report from its embassy as a first step in the series of reactions reserved for such heinous diplomatic blunder.

“Equally commendable is the subsequent step taken by MFA after receiving the missions report by inviting home the Nigerian ambassador for consultation while expecting the Indonesian ambassador to toe the diplomatic avenue by equally returning to Jakarta until satisfactory explanation and necessary restitutive steps are taken by Indonesian authorities to assuage frayed nerves,” the statement added.

While the ministry is still reviewing the state of our bilateral relations with Indonesia, the AFRPN said it was awaiting a robust reaction “to serve as deterrent to future occurrence of such treatment to any of our diplomats and embassy home based staffs and indeed any Nigerian citizen from anywhere across the globe.”

The AFRPN strongly recommended that the family of the concerned diplomat must be adequately compensated materially and health- wise for the traumatic treatment meted to them while public apology satisfactory to the Nigerian people and government must be tendered and an assurance against repeat occurrence must be given.

The AFRPN also noted “the position of the house committee on diplomatic relations to move to invoke Article 9 of the Vienna Convention on Diplomatic Relations to declare everyone at the Indonesian Embassy in Abuja persona non grata, if their nation’s authorities failed to effectively explain their actions against the Nigerian diplomatic agent.”